The steps toward brewery expansion hold consistent themes, regardless of scale or vision. A nanobrewer hoping to seize the attention of a region and a craft brewer with limitless goals often follow a similar, occasionally subconscious mantra: every day, grow incrementally. 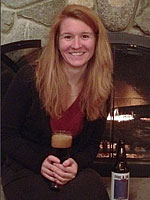 Sanborn and Luke Livingston, owner and founder of Baxter Brewing Company, based in Lewiston, Maine, shared their thoughts about brewery development in the latest edition of Brewbound’s Brew Talks, an ongoing series of educational and networking events for craft brewers and industry professionals. The event took place Wednesday night at The Great Lost Bear, a craft beer-focused restaurant located just off the cusp of Portland’s Back Cove.

In a room filled with craft beer veterans and entrepreneurs, Brewbound editor Chris Furnari engaged Sanborn and Livingston in a lively question and answer session about their respective paths to growth and expansion. Their responses provided attendees with insight into different business models and growing pains for brewery owners amidst different stages in their careers.

Baxter is currently immersed in the process of a $2 million expansion, while this past summer, Rising Tide upgraded from a one-barrel brewhouse to a 15-barrel brewhouse with two 30-barrel fermenters.

Livingston, a former homebrewer and beer blogger turned brewery founder, said that despite his vision of eventual national distribution, he’s still unsure of his next move. This current expansion will maximize Baxter’s potential in its brewery; 33,000 barrels produced per year. After that, does he relocate his brewery, add a second location or quelch his national dream and stay in Lewiston for the rest of his career? 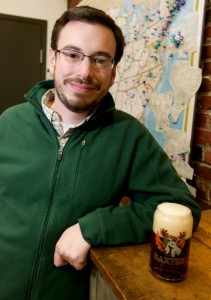 “Having very large scale production was in my business plan from the beginning,” Livingston said.

However, business plans don’t always develop in expected ways. Sanborn, who is a former corporate attorney who dedicated her life’s savings to Rising Tide, said that some infrastructural steps caught her by surprise.

“Don’t discount the importance of installation costs and the site preparation costs,” she said. “That was something that caught us off guard.”

Sanborn elaborated on her point, saying that contractors rarely want to offer estimates because it’s such a site-specific figure. She compared it to stepping on a landmine without anticipation.

Livingston has dealt with a number of his own brewery-related issues. He built Baxter in an old textile mill, which contributed to Lewiston’s downtown revival and, in his mind, toted strong marketability. However, renovation costs have been difficult to swallow because the mill is 170 years old, according to Livingston. Delays and difficulties have become his norm. He initially installed cheap flooring to save money, but it eventually fell apart. He had to remove the original flooring and install tile flooring. The initial flooring seemed to be a money saver, but became an extra, unnecessary cost.

“We’re already having production issues that are just compounded by
the scale of production,” he said.

Handling current business while always expanding has been at the forefront of both Livingston’s and Sanborn’s attention since they entered the craft beer market.

“It’s probably the single most difficult thing that we have to deal with on a day-to-day basis,” Livingston said.

He added that if he didn’t start this expansion, he thinks that Baxter would have been out of business in the next few years. Many brewery owners regularly wrestle with the miniscule yet profound details of expansion.

“Expansion is tricky, especially the timing of expansion,” Sanborn said.

Livingston mentioned that Baxter may be adding variety packs this summer. This led to a question from Paul Lorrain, CFO and co-founder of Funky Bow Brewery & Beer Company, which hasn’t yet begun selling beer but has equipment in place. Lorrain asked about packaging strategies and felt confident that he should be selling growlers. He said that hearing from Livingston and Sanborn verified his business model.

Lorrain and his son, Abraham, have cherished their time spent together brewing beer and devising their own business model. They heard from Livingston and Sanborn, who said that they’re always looking toward the future. Abraham said that brewing is kind of dreamy, because you’re always wondering where you’ll be.