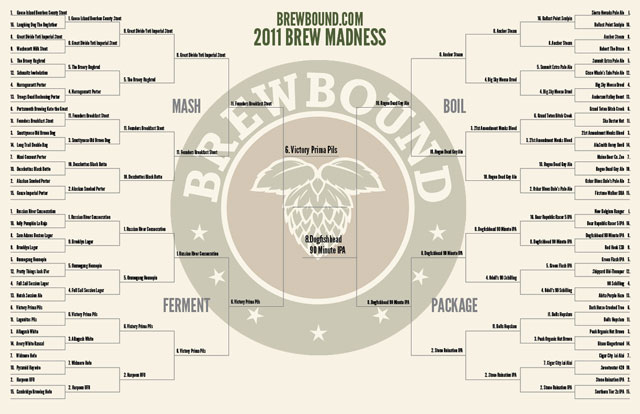 BOSTON – The fans have spoken and the final two breweries in brewbound.com’s inaugural Brew Madness competition are Victory Brewing and Dogfish Head.

After surviving five rounds throughout the field of 64, the two breweries will now go head to head in what is sure to be an epic match-up.

The Dogfish Head 90 Minute IPA was a fan favorite throughout the tournament, continually beating opponets by double and triple digit margins.

Victory’s Prima Pils nearly lost in the second round to Allagash’s White, but rebounded in the sweet sixteen to defeat Harpoon’s UFO by over 400 votes.

Now these two breweries will go head to head until voting closes on Thursday at Midnight. The winner will be announced Friday morning.

Fans can vote for their favorite using the link below. 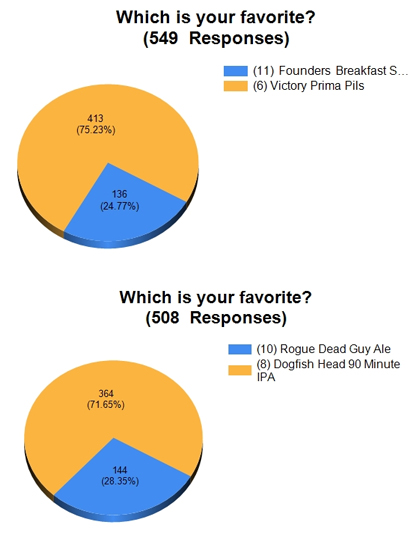