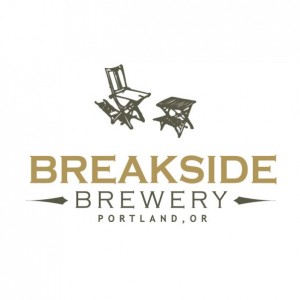 Portland, OR – Portland, OR based Breakside Breweryfresh off two GABF medal wins in 2013 announces their 100th new beer brewed this year, 3 new barrel-aged beers in bottles and a new Cellar Reserve series.With bronze medal wins at the GABF for both Passionfruit Sour and ESB and the opening of a new 30bbl production brewery it has been a great year for Breakside Brewery. They recently expanded distribution from Oregon to Vancouver, BC and Idaho with more distribution in the Seattle, WA area coming soon. They have expanded their year round bottled beers to 3 with the flagship IPA and Pilsner recently joined by Wanderlust IPA. Recently the brewery released their first bottled seasonal in Big Country Winter Ale.

honey ale aged for eight months in a Krogstad Aquavit barrel with strong notes of anise and caraway, restrained oak and a rounded finish. a unique, golden barrel┬¡-aged beer. 10.2% ABV

the latest release from our barrel┬¡aging program is a blend of two beers: it is 80% English old ale aged in Bourbon barrels for seven months and 20% freshly brewed English strong ale. the result is a complex strong beer with strong bourbon notes, a firm body, and a bright effervescence. 10% ABV

in celebration of the release of the 2013 Beaujolais Nouveau, we release our own tribute to the Gamay grape. a strong sour ale fermented with wild yeast and bacteria that pours a beautiful violet color. the Oregon┬¡grown Gamay grapes used in this beer come to us courtesy of Tom and Kate Monroe of the SE Wine Collective. bottle conditioned with Brettanomyces for added complexity and cellarability. wine and beer together forever! 8.2% ABV

plus the draft debut of some of our finest new beers:

Beer #100: Safe Word Triple IPA
a hop monster that pushes you to the edge of your comfort zone how do you end a year in which you’ve made 100 different beers? our brewmaster and director of brewing operations decided that there was only one beer that could serve as our final release in 2013: a hoppy behemoth that used over 7 pounds of hops per barrel of beer, got two separate dry hop additions, and clocks in at over 11% alcohol. this triple IPA is not for vanilla types. you need to have a deeply masochistic streak to desire this much hoppiness in your beer. it is a bruising, tongue┬¡scraping, agressive beer with more punch than anything we’ve ever made. we’ve found pleasure through pain═¥ we hope you do too.
11.1% ABV 140 IBU

suggested food pairings:
there is hardly any food or dish that can hang with this sort of beer, but if you insist…why not double down on the pain/pleasure factor and try it with Szechuan hot pepper chicken bath, extra spicy pad thai, mapo tofu, intensely smokey cheeses, or rich enchiladas with smoked brisket

– First right of refusal for next year’s membership

-Free entry to the 2014 Breakside Anniversary Party in May

-2 x 5 different Barrel-aged beers (each release includes (2) 750 ml bottles per release, additional purchases available if the yield permits) to be released throughout the year. Cellar Reserve Member beers bottled for 2014 will ONLY be sold through this program and will not be available at retail (except for the odd keg or two for special events)

– Access to purchase specialty bottle releases at 15% discount (subject to allocation limits) As well as receiving the above listed beers and merchandise, the following beers are planned for release from our Barrel Cellar in 2014 and available to Cellar Reserve Members first with a 15% discount (subject to allocation limits). Please note that these beers will likely be available to the public for purchase. As a Cellar Reserve Member you are guaranteed the first opportunity to purchase these beers, to some limitation, before they go on sale to the public.

-TBD Bourbon Barrel-Aged Beer
Cellar Reserve Memberships open to individuals over the age of 21 only, and must be picked up in person by the member or a designated mule. If you reside outside of the Portland area and decide to purchase a Cellar Reserve Membership make sure to designate an Oregon Mule or you are responsible for picking up your allocation which will be held at the Milwaukie, OR brewery until December 31, 2014, at which point it is forfeit. No shipping or refunds.