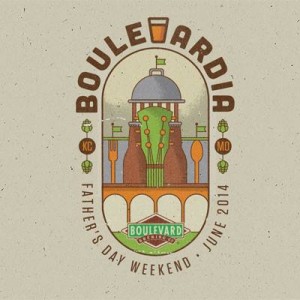 Kansas City — Announced earlier this week, tickets for the inaugural beer, food and music event, “Boulevardia,” will go on sale at 10a.m. on March 5th at boulevardia.com. As part of the urban street fair, the exclusive “Taps & Tastes” craft beer sampling experience will take place on Saturday, June 14, from 3-7pm. Comprised of principals and brewmasters from more than 35 national and international craft breweries along with twelve local restaurants and Kansas City culinary stars, Taps & Tastes guests will enjoy unlimited beer and food sampling, along with a keepsake tasting glass. Tickets are $75 (includes Saturday general admission Boulevardia ticket too) and like other beer festivals, only a limited quantity will be available.

“Kansas City already has great beer festivals throughout the year, so to make ours unique, we reached out to brewery brethren who don’t usually pour at local events to be a part of this experience,” said Steven Pauwels, Boulevard’s Brewmaster and Boulevardia supporter. “Guests will be able to raise a glass of flavorful beers with some of our industry’s finest brewers and fellow friends of other local breweries.”

Announcements regarding the entertainment lineup, food providers and local merchants will be made in the coming weeks.

About Boulevardia
The three-day urban street festival is scheduled to take place June 13-15th in the historic West Bottoms area, specifically in and around the iconic, multi-leveled 12th Street viaduct. The multi-day event will be highlighted with a craft beer and food sampling experience, but will also include family activities, entertainment, shopping, and eco-education in a unique urban setting. Learn more at boulevardia.com, facebook.com/boulevardia and twitter.com/Blvdia.