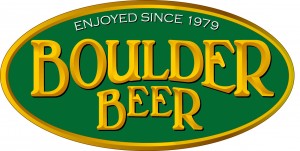 Boulder, CO — Boulder Beer Company, Colorado’s First Craft Brewery, recently purchased and installed a brand new canning line from Palmer Canning Systems based in Chicago, IL. The Boulder Beer canning line was manufactured at Palmer’s Lafayette, IN, shop and is the eighth can line they have built.

The system is a rotary closed counter-pressure filler with USA made valve components, producing extremely low can airs.

“The counter pressure system keeps air from touching the beer and makes a better product for longer,” said Tom Schnitzler, Plant Engineer at Boulder Beer Company. “With this new can line we will be able to get our canned beer out more consistently than ever before.”

The brewery then purchased a can depalletizer for the line from their friends at SKA Fabricating in Durango, CO — a subsidiary of SKA Brewing Company.

Currently, Boulder Beer Company offers two brands in cans — Hazed & Infused year-round and Hoopla Pale Ale in the summer season. These brands have been canned using a mobile canning service which was a helpful solution to getting some cans in the market prior to purchasing their own line. However, the brewery saw the opportunity for growth and efficiencies in purchasing their own line, and decided to seal the deal with Palmer earlier this year. The first test run happened in early April, and they are now seven runs in, each one getting faster and more efficient as they get used to the new machine. They are currently running 45 cans per minute with the capability to run 60 cans per minute. And with that efficiency comes new opportunity.

“It’s exciting to now have the ability to offer more of our beers in cans,” said Tess McFadden, Marketing Director at Boulder Beer Company. “You can expect to see 2-3 new canned offerings from us in the near future.”

Founded in 1979, Boulder Beer Company has been a pioneer in the craft brewing industry for 35 years, celebrating their milestone 35th Anniversary this year on June 14th. Their passion for innovation keeps their brand mix diverse, offering a taste for every palate. They currently package seven year-round beers, numerous rotating seasonals, and periodically release very limited-edition, small-batch brews throughout the year.