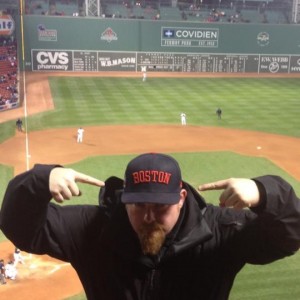 After 12 years of pouring some of the world’s finest beer over his own bar, Daniel Lanigan is making a career change, though he doesn’t plan on leaving the beer industry.

Lanigan, a well-known publican and the founder of Alewife Baltimore, Alewife Queens, and Lord Hobo — one of the Boston area’s most celebrated craft beer bars — announced via Twitter that he plans to open a 150,000 sq. ft. brewery in the North Shore region of Massachusetts.

“I see a lot of opportunity in craft brewing,” he told Brewbound.com. “I have many friends in the industry who are frustrated with their current contract brewing situations and I think I can make contract beer as good, if not better, than it is currently being made.”

For the past eight months, Lanigan has been quietly securing enough private investment money to launch Paragraph 11 Brewing, an $18 million operation that will focus exclusively on contract brewing.

“My goal is to help U.S. craft brewers and European breweries that are frustrated with shipping beer and are willing to produce it stateside,” he said.

Lanigan would not disclose how much investment he’s already secured for Paragraph 11 Brewing — which is named for an old German drinking society — but told Brewbound that he “has enough to know it will happen.” Additionally, he said he’s already received verbal commitments from eight interested brewing partners and is hoping the facility will be operational before 2015.

“Our biggest limitation is securing the brewhouse,” he said. “We are trying to negotiate with higher-end brewhouse manufacturers and the quickest turnaround time, right now, is at least 12 months and in some cases 20 months. The decision will be made in the next few months.”

Lanigan’s initial brewery plans are ambitious. He’s looking to install 100 barrel and 15 barrel brewhouses, a water treatment facility, quality control laboratory, a dedicated brettanomyces fermentation wing, and barrel aging capacity, as well as bottling, canning, kegging equipment and a large tasting room. The entire space would be capable of being scaled to 250,000 barrels.

Lanigan has no commercial brewing experience and said he plans to hire an experienced brewing engineer who has worked with large-scale brewing facilities. The project will initially create about 25 jobs, Lanigan said.