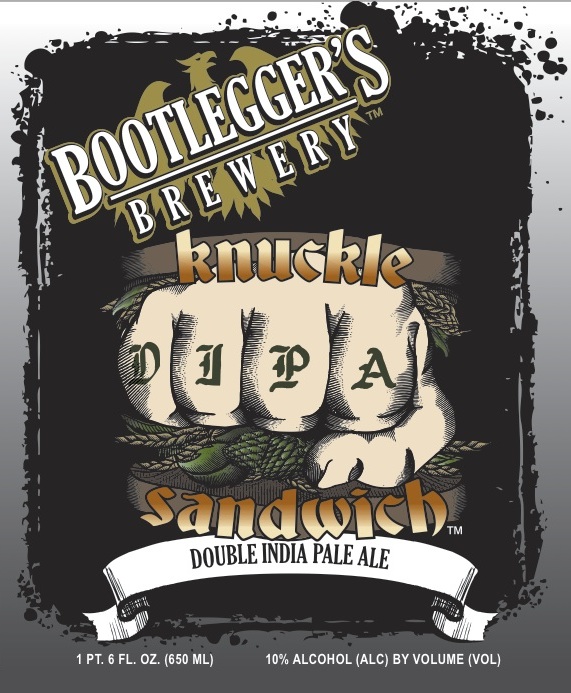 (Fullerton,CA) – Our most popular and sought after beer returns this week, we’re talking about Knuckle Sandwich DIPA. Beginning this Thursday at our tasting room in Fullerton, CA, those looking for that hop punch upside the head will be able to get what they have comin’ to them.

Knuckle Sandwich DIPA is our rendition of the West-Coast Style Double IPA, bursting with a double dose of American hops, backed by a rich layer of malt to give it that body and smooth mouthfeel.

Brewed originally in 2010, we hit our loyal customers right between the eyes with one of the most delicious beers brewed in all of Orange County. We brew this big bold beer as often as we can, but the minute we are out, the biggest question asked of us is when it will be back. Owner and Head Brewer Aaron Barkenhagen went back in his brewer’s notebook and made some subtle t to bring the beer closer to it’s small batch days on Richman Ave. After sampling this from the brite tank, we are quite amazed at how spot on this batch of Knuckle has turned out.

Established in 2008 by husband and wife Aaron and Patricia Barkenhagen, Bootlegger’s Brewery is one of the pioneer breweries in the emerging craft beer scene of Orange County California. Bootlegger’s makes a diverse portfolio ales and lagers with love and hard work, for the hard working man and woman. Learn more about Bootlegger’s Brewery by visiting http://bootleggersbrewery.com, and follow Bootlegger’s on Twitter, Facebook and Instagram.