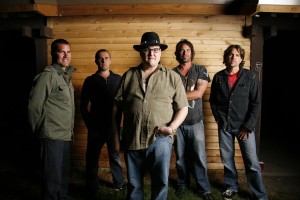 Best known for their mid-90’s Billboard top ten breakthrough hit, “Run-Around”, Blues Traveler’s trademark sound has captivated more 30 million fans around the world. With more than 13 million albums sold worldwide, Blues Traveler has long been known for their extensive use of segues, multiple song mash-ups and extensive instrumental jams during their live performances. Blues Traveler is sure to bring that same level of high energy performance to downtown Chandler at the Great American Barbeque & Beer Festival. Blues Traveler will headline the event, taking the stage at 8 p.m. for a two hour set.

Winner of Outstanding Event of the Year in 2012 and 2013 at the APS AzTEC Awards, the 2014 Great American Barbeque & Beer Festival will be the biggest and best yet with expanded event zones, more than 100 exhibitors, and over 60 pit masters from across the nation serving up over 20,000 lbs of mouth-watering pork ribs, pulled pork, brisket and chicken, all paired with the state’s finest craft beer.

General admission tickets are $10 and that includes entry into the event at noon. Food and beverages are sold separately. Children 12 years of age and younger are admitted for free. Presale tickets can be purchased online at www.chandlerbbq.com.