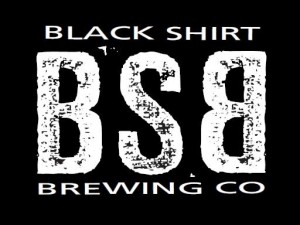 Denver, Colorado — On May 9 at 9 PM at the Sidewinder Tavern, Black Shirt Brewing Company and Denver Film Company are presenting the next installment of Now Playing.

The live music series (launched in May of last year) will feature Denver’s Mike Marchant in the opening slot (at 10 PM) followed by headlining “desert rock” act The Strange from New Mexico.

The May 9 installment of Now Playing will be the first at The Sidewinder Tavern, located at 4485 Logan Street in the Globeville section of Denver.

“Our previous shows were held at Black Shirt Brewing,” says Gabe Dohrn, Denver Film Company’s founder, “and they were very successful. But now we’ve outgrown the brewery space. The Sidewinder gets us room for a bigger audience along with the stage and lighting we need for a high quality production like ours.”

Tickets for the show are $10 in advance and can be purchased at http://www.eventbrite.com/e/now-playing-bsb-the-strange-mike-marchant-tickets-11339774571?aff=efbevent

Tickets are $15 at the door if the event is not sold out.

The night’s performers will be filmed by Denver Film Company and recorded by Evergroove Studio. The resulting film and audio will be edited for television broadcast with Colorado Public Television, thanks to a newly signed agreement between CPTV and Denver Film Company.

“We’re excited about our partnership with Now Playing,” says Brad Haug, CPTV’s Director of Programming. “It’s a project with the right idea and the right players, and it’s happening at the right time.”

Previous Now Playing episodes — all artfully filmed and edited by Dohrn and his staff — can be seen at http://www.youtube.com/user/NowPlayingBSB .

Now Playing’s producers are now seeking sponsors to help fund production of the series for CPTV, which welcomes over 650,000 viewers each week.

“With CPTV on board with us” Dohrn says, “our reach is instantly bigger and covers all of Colorado. It’s a giant leap forward for our project. We think it’ll inspire more people to support their local bands and the artists we feature.”

Creative inspiration is what led Black Shirt’s founders to help produce Now Playing. “Music drives so much of what we do here at BSB,” says Black Shirt head brewer and co-founder Branden Miller.

“We’ve created our own little fun factory here at Black Shirt,” Miller says, “where we get to use our experience, passion and skills to create unique and flavorful beer. Then we share it with people that are inspired and inspiring.”

“That’s the kind of scenario,” Miller adds, “that we want for the musicians we feature on Now Playing. We want to help them live their dream as we do.”

Mike Marchant is a longtime fixture in the Denver music scene as both a solo act and a member of the Widowers. Westword has called Marchant “one of the area’s most enchanting songwriters,” and the Denver Daily News called him “one of the most highly revered songsmiths in Denver.”

He recently underwent extensive treatment for cancer and is now returning to local stages after completing his treatment. More information on Marchant can be found at http://www.reverbnation.com/mikemarchant .

Santa Fe’s The Strange plays a muscular form of rock that calls to mind classic rock, The Black Crowes and Tom Petty & the Heartbreakers. Rolling Stone Magazine recently touted the band in a piece on “Bands to Watch in Santa Fe.”

More information on The Strange can be found at http://www.reverbnation.com/the5strange