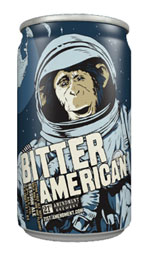 SAN FRANCISCO, CA – The National League Championship Series may be deadlocked between the Giants and the Cardinals, but a brewery in each of their cities is determined to come out the winner. San Francisco’s 21st Amendment Brewery has thrown down the gauntlet to St. Louis’ Schlafly Beer in a fierce winner-take-beer challenge.

“We’re always eager to make a good wager if it involves beer,” said 21st Amendment Brewery’s co-founder and brewmaster, Shaun O’Sullivan. “And we really look forward to getting a couple of cases of beer from our friends at Schlafly. St. Louis may have a losing baseball team, but they sure are home to great beer.”

“Bitter American was named one of the Top 10 Beers by The Washington Post last year, so we’re pretty excited for it to continue to get its due, this time at GABF,” said 21st Amendment Brewery co-founder NicoFreccia.”

Bitter American is an extra pale alewhich packs a lot of hop and malt flavor into a refreshingly low alcohol (4.4% by volume) brew-making it the perfect session beer to enjoy with friends(a staple in British pub culture).

Bitter American is available in cans and on draft at bars and stores in all seventeen of 21st Amendment’s current distribution territories which include CA, OR, WA, AK, ID, MN, OH, MA, NY, NJ, DC, MD, DE, PA, VA, GA and NC. For up to date availability, events and promotions, visit 21A’s website at www.21st-Amendment.com.

Hey, we’re Nico & Shaun. We live for great beer. When we opened the 21st Amendment Brewpub in San Francisco in 2000, we vowed to do things differently. To us, the 21st Amendment means more than just an end to Prohibition. It means the right to brew beer, the freedom to be innovative, and the obligation to have fun.