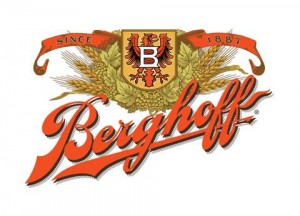 CHICAGO — On Thursday, June 20 and Friday, June 21, Berghoff Brewing will debut its lineup of new beers, breathing life into a classic brand that has offered fine beer throughout the Midwest since 1887, with festive Launch Parties in Chicago, IL and Milwaukee, WI. Berghoff aims to capture a larger audience of beer lovers with their revamped products, and the launch parties are a first opportunity for discerning Illinois and Wisconsin beer lovers to sample their new recipes. Berghoff beers are available in Illinois,Wisconsin, Michigan and Indiana.

“We are truly excited to be showcasing our new beers. We’re proud of our updated portfolio, and we look forward to sharing them with old fans and a whole lot of new consumers who have never tried Berghoff before,” says owner Ben Minkoff, whose family has owned General Beverage Distributors in Wisconsin for the past 80 years and purchased the Berghoff brand in 1994.

At both events, beer drinkers will enjoy Berghoff’s impressive line-up of German-style, American-brewed beers including: seasonalSolstice Wit Beer (5.2% ABV), made with Calamansi juice, an Asian citrus fruit, and spices, for a refreshing summery beer from a long tradition of unfiltered wheat beers; Straight Up Hefeweizen (5.2% ABV), a Bavarian hefe-weizen, with the creamy goodness of wheat, plus a fruity and spicy nose; Dortwunder Lager (5.5% ABV), a classic and evenly balanced pale lager in the Dortmunder tradition; Reppin’ Red Ale (6.2% ABV), a serious red ale that mixes tangy rye and crisp toasted malts with plenty of American hop character; and Sir Dunkle Crispy Dark Lager (5.5% ABV), smooth and malty, with a bright crispness, making a drinkable and very satisfying beer; as well as the first beer in their ├£berbier Series, Germaniac Extra Pale Ale (6.3% ABV), brewed with honey and molasses for a briskly hopped extra pale ale patterned after the old “outlaw” beer style, Kottb├╝sser.

Minkoff consulted with brewing experts Randy Mosher and John Hannafan to create the recipes for the top-notch German-style beers that were brewed at the Stevens Point production facility, located in Stevens Point, Wisconsin. Mosher is an acknowledged craft beer expert, whose books include Tasting Beer (Storey, 2009) and Radical Brewing (Brewers Publications, 2003.) An accomplished designer, he also contributed to Berhgoff’s new packaging and brand messaging. Hannafan is owner of John Hannafan & Assoc., a brewery and brewing consulting firm located in Chicago.