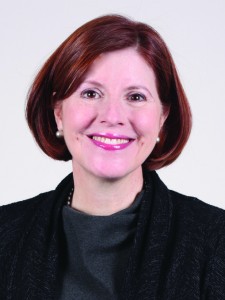 WASHINGTON, DC — As Vice President and General Counsel for the Beer Institute, Mary Jane Saunders serves in a diversity of roles on behalf of brewers and beer importers, an industry that supports the employment of more than two million Americans and contributes $246.6 billion to America’s economy.

Whether checking IDs at Beer Institute events to leading the charge to reform the global aluminum market, Saunders is a fierce advocate for the members of the Beer Institute, the nation’s oldest and leading trade association for brewers and beer importers.

“We are honored that Mary Jane Saunders won this recognition from such a prestige trade group,” said Jim McGreevy, President and CEO of the Beer Institute. “This honor is a reflection of the vibrancy, energy and thought she brings to the job on behalf of brewers, beer importers and the entire industry. Every person involved in the U.S. beer business has benefited in some way because of the work of Mary Jane Saunders.”

Since joining the Beer Institute in May 2011, Saunders has overseen all legal and regulatory matters affecting the beer industry and the association. For the last year, she has led industry participation in a coalition of aluminum users seeking to reform London Metal Exchange (LME) warehousing rules. That work spurred Congressional hearings, two federal investigations, and a proposal by the LME to change the rules to the expected benefit of users.

She also spearheaded the Beer Institute’s engagement with the U.S. Food and Drug Administration (FDA) as they reviewed Food Safety Modernization Act rules that would have introduced onerous regulation on how brewers market spent grain to farmers and ranchers. Working with leading members of the brewing industry, Saunders presented a fact-based argument on behalf of all brewers. Ultimately, the FDA addressed most of the Institute’s concerns in updated rules released in September 2014.

“The achievements and contributions of the finalists selected by our judging panel illustrate the different ways in which the in-house legal team plays an integral role in making an organization stronger and more successful,” said Samuel A. Flax, co-chair of the Corporate Counsel Awards, and executive vice president, general counsel, chief compliance officer and secretary, American Capital Ltd.

The finalists were selected from a large pool of nominations submitted by the legal community-at-large in response to an open call for nominations. The panel of judges for the Corporate Counsel Awards is comprised of leaders in the business and legal communities in this region.

The Corporate Counsel Awards were created in 2005 in celebration of WMACCA’s 25th anniversary. Over the past decade, the WMACCA Corporate Counsel Awards have become a well-recognized and sought-after honor for members of the in-house community in the District of Columbia, Commonwealth of Virginia and suburban Maryland. For a list of all previous Award winners, please click here.

Saunders joined the Beer Institute after serving as General Counsel to the Subway Franchisee Advertising Fund Trust, the marketing and advertising arm of Subway restaurants. Prior to that, Saunders was a partner at the Washington, D.C. law firm, Venable LLP, where she served as the Chair of the Trademark, Copyright and Unfair Competition Practice Group. Before joining Venable, Saunders was a Partner at the D.C. law firm, Arter & Hadden.

Saunders graduated with a B.A. from Virginia Tech and earned a J.D. from the Walter F. George School of Law at Mercer University. She is a member of the Connecticut and Virginia State Bars, as well as the District of Columbia Bar.