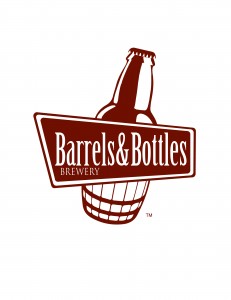 GOLDEN, Colo. — Barrels & Bottles Brewery, Golden’s newest brewery and pub, celebrates its grand opening today at 5 p.m. The new tap room at 600 12th Street will be serving half pours of its very limited first batches, including a German rye ale and a blond ale made by head brewer Shaun Salyards.

In addition to Shaun’s beers, Barrels & Bottles is debuting with 17 guest taps, and 24 kinds of wine on tap. “We’re creating a tap list that reflects who we feel are under-represented in this area,” says Shaun. Barrels & Bottles is Equinox Brewing’s first non-Fort Collins account and Crooked Stave Artisan Beer Projects first account in Golden.

The new bar also boasts one of the state’s only fusion towers that infuses beer with fresh hops, coffees, and other botanicals to enhance aromas.

After this weekend, the new pub will launch its small plates menu that will be handcrafted from scratch by co-owner Abigail Schuh George. She and her husband Zachary George moved to Colorado in 2012 with Barrels & Bottles in mind. They spent their first few years in the state touring countless Colorado breweries and attending festivals like Odell’s Small Batch Fest where they met their head brewer.

Barrels & Bottles also offers a variety of bulk olive oils and vinegars for sale. Much like a growler fill, you can return with your empty bottle for eco-friendly refills.

The Barrels & Bottles bar was built out of old doors and barrel staves from Rocky Mountain Barrel Company, and all of the barstools and tables in the tap room are reclaimed. Even the water station is built out of an old barrel. One of their walls sports a glass panel from their front windows slated for brewery stickers.