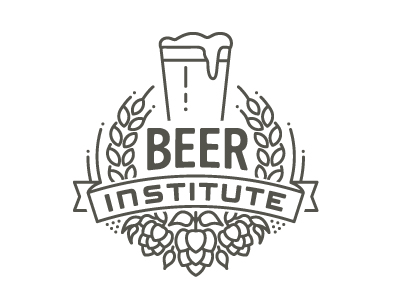 “I am honored to accept this award on behalf of America’s brewers and beer importers. From grain to glass, brewers work closely with barley farmers to give our consumers the very best beer we can,” McClain said. “Every year, U.S. brewers purchase 4.8 billion pounds of barley malt grown in just 12 states. It’s safe to say that our industries reply upon each other. After all, without barley, there would be no beer.”

The Beer Institute and its major member companies have partnered with the NBGA to work on common issues in both state capitals and in Washington, DC. The U.S. is in the top ten of the largest barley producing countries in the world. In the 2012-2013 growing season, 3.6 million acres of barley were planted in the U.S.

“Joe McClain’s leadership and support of our organization over the past year was second to none. He has created a synergy between our industries that did not exist before. The NBGA was honored to present this award to Joe,” said NBGA President Scott Brown. “It was a privilege for me to recognize the work of the Beer Institute on behalf of U.S. barley farmers.”