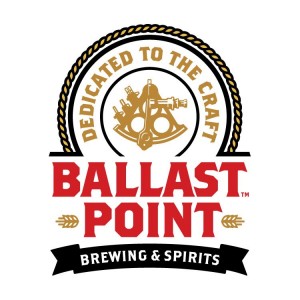 SAN DIEGO — Ballast Point Brewing and Spirits earned six medals this past weekend at the 7th annual San Diego International Beer Competition. With these medals, Ballast Point is in the running for the Competition’s Champion Brewery and Best of Show Awards, to be announced at this year’s San Diego International Beer Fest June 21- 23 at the Del Mar Fairgrounds.

“There are so many great breweries here in San Diego, which automatically raises the standard at local competitions,” said Jack White, CEO and Founder of Ballast Point. “To be able to win six medals at an International competition like this one is an honor and speaks to the quality of beer coming out of San Diego.”

Ballast Point is one of 15 San Diego breweries who earned medals in this year’s competition.

What started in 1996 as a small group of home brewers who simply wanted to make great beer evolved into the adventurers known as Ballast Point. From bringing a hoppy twist to a porter, or adding four types of malt to its amber ale, to creating a breakthrough gold-medal winning IPA, the San Diego-based company is known for adding its own touch and asking if there’s a better way. Today an internationally recognized leader in the craft brewing and spirits industry, the company makes over 40 styles of beer and bottles five spirits.