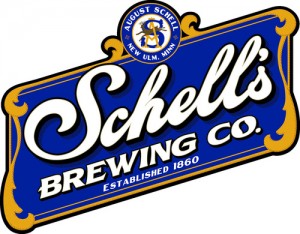 New Ulm, MN – August Schell Brewing Co. (www.schellsbrewery.com), the second-oldest family-owned brewery in the country, is excited to announce the latest addition to its award-winning lineup of German craft beers, Arminius. A radical departure from Schell’s signature lagers, Arminius is distinctly hoppy with a fruity, floral aroma. The beer does not, however, depart from Schell’s rare ability to marry tradition and innovation. Combining the hop profile of west-coast American IPA’s with traditional German brewing techniques, Arminius will be double dry hopped and brewed with over 2.5 pounds of hops per barrel. A clean malt bill of Pilsner and Munich provide the platform to showcase a unique blend of German, French and American hops, chosen for their delicate floral and citrusy characters.

“We’ve produced a lot of beers in the past 154 years,” said Jace Marti, Brewmaster and sixth generation Schell’s family member. “We’re proud of our rich history, and we are continuously writing our story and finding new ways to expand German Craft. This beer is bold and courageous, just like Arminius himself.”

Schell’s Arminius is named after the legendary chieftain of the Germanic Cheruscan tribe and beloved New Ulm mascot, better known as Hermann the German. Aminius’ coalition of Germanic tribes famously defeated three Roman legions in the year 9 A.D., permanently establishing the border of Germany that still exists today. Herman Heights Monument, the third largest copper statue in the United States, sits atop the hill overlooking Schell’s Brewery and the town of New Ulm. His eastward gaze and upraised sword signify freedom from Rome.

About August Schell Brewing Company
August Schell Brewing Company (Schell’s) specializes in craft beer and boasts a proud heritage of 154 years of continuous family ownership. Schell’s is the second oldest family-owned brewery in the United States, founded in 1860 in New Ulm, MN. It became the oldest and largest brewery in Minnesota when the company acquired Grain Belt Beer in 2002. From traditional German brews to innovative spins, the Schell’s brewing process begins and ends with German Craft beer. For more information, go to www.schellsbrewery.com.