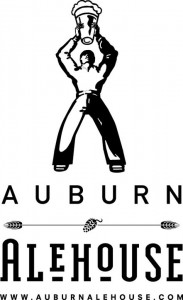 Auburn, CA – Auburn Alehouse and Mussetter Distributing are both “award-winning” businesses based in Auburn, CA who share a love for Craft Beer! Both companies, fresh off their National Awards at the 2013 Great American Beer Festival, have just signed a distribution agreement that allows Mussetter Distributing to distribute Auburn Alehouse’s beers to the Greater Sacramento area.

The largest event in the country for Craft Beer, the 2013 Great American Beer Festival, was very exciting and humbling for both companies. Auburn Alehouse took home a Bronze Medal for its Gold Country Pilsner (which took a Gold Medal in 2012 and a Bronze Medal in 2010), and Mussetter Distributing was awarded a “Special Recognition” for Craft Beer Distributor of the Year by the Brewer’s Association and the National Beer Wholesalers Association! These awards signify an amazing amount of hard work and dedication to the craft beer industry and also validate the quality of brewers and distributors in the Sacramento region.

“The quality and craftsmanship Auburn Alehouse puts into all their beers is simply amazing, and I am proud to be able to help expand our businesses and further grow “local” craft beer in the Sacramento region!” says Jason Mussetter, of Mussetter Distributing.

“Partnering with Mussetter Distributing just makes sense“, says Brian Ford, Founder and Brewmaster of the Auburn Alehouse. “Two local, craft-centric, award-winning businesses uniting to do what they do best, which is brewing and distributing. It’s truly a win-win for craft beer enthusiasts.”

Mussetter Distributing has been in the beverage business since 1976, located in Auburn, CA. Originally a Miller, Corona, and Heineken distributor, the landscape changed in 2008 when Miller and Coors merged and they were forced to sell off those brands to a larger distributor. Not without fight, Mussetter changed direction from mainstream beers to craft beer, and started building a portfolio of craft beers and ciders, many of them local to Northern California. Mussetter’s business has practically doubled every year since this change in strategy, and they anticipate Auburn Alehouse to contribute a large chunk of growth to their sales this year and beyond.

“Local Craft Beer is the future, and we have one of the best partners, in Auburn Alehouse, to help us accelerate the local craft beer movement!” states Jason Mussetter.

Auburn Alehouse was established in 2006 and since then has renewed a long beer-making tradition in Auburn, being located just a tenth of a mile from the Kaiser / Auburn Brewery which produced beer for thirsty miners’ during the gold rush. In 2013, The Auburn Alehouse produced close to 2000 barrels of beer in 2013 and plans have already begun for a separate production brewing facility to supply the new demand created by Mussetter as well as markets beyond.