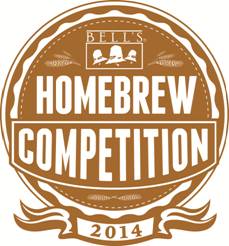 COMSTOCK, Mich. – Now in its fifth year, the Bell’s Homebrew Competition wort giveaway and Expo will be held on Sept. 13 at Bell’s Eccentric Café in downtown Kalamazoo.

To celebrate how this annual competition has grown and as a nod to our homebrewing roots, we have added something new.

While the homebrewer who takes first place will still get to brew their recipe at our original brewery to then go on tap at the Café, they will also team up with us for the 2015 Pro-Am Competition at the Great American Beer Festival in Denver, Colorado.

The winner will attend the GABF, the awards ceremony and the members only session as our guest.

Bell’s will cover the cost of airfare to Denver and back (must be within the continental U.S.) and provide lodging for two nights as well.

As in previous years, there is no cost to enter the competition and the only requirement is that you use our wort, which we provide for free.

Multiple homebrew vendors will be present at the Expo to talk about their companies and products as well starting at 11 a.m. Admission is free.

This event is part of Bell’s week-long 29th Anniversary Celebration which also includes our annual Hot Dog Eating Contest in addition to performances by Leftover Salmon, Cash’d Out (a Johnny Cash tribute band), Monophonics and more. A celebration and benefit for the Great Lakes is also planned for Sept. 14.

Competition entries (4 bottles) are due to the Bell’s General Store by Saturday, October 25.

Winners will be announced on All Stouts Day, Nov. 2, also at the Cafe. Complete entry details can be found at bellsbeer.com.

Bell’s Brewery, Inc. began in 1985 with a quest for better beer and a 15 gallon soup kettle. Since then, we’ve grown into a regional craft brewery that employs more than 260 people over a 20 state area, in addition to Puerto Rico and Washington DC. The dedication to brewing flavorful, unfiltered, quality craft beers that started in 1985 is still with us today. We currently brew over 20 beers for distribution as well as many other small batch beers that are served at our pub in Kalamazoo, the Eccentric Cafe. Our ongoing goal is to brew thoughtfully, creatively and artistically. We strive to bring an authentic and pleasant experience to all of our customers through our unique ales and beers. For more information, please visit bellsbeer.com.