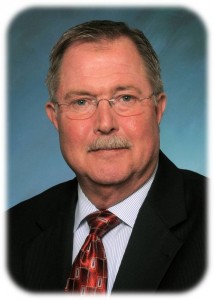 SPRINGFIELD, IL — The Associated Beer Distributors of Illinois (ABDI) announced that Bill Olson, President, advised the Board of Directors that he will retire on December 31, 2013. Olson has served as ABDI’s Chief Staff Officer since January 1, 1985, building ABDI into one of the most respected state associations in the alcohol beverage industry. He was named President on November 29, 2006. Under Olson’s leadership, ABDI established a political action committee, ABDI/PAC; ABDI Service Corporation; and most recently, ABDI Education Foundation.

“Bill has been a great asset for the ABDI. There is a long list of accomplishments he has secured for our Members that help strengthen their businesses in Illinois,” said Jim Rinella, Rinella Company, Inc., ABDI Chair. “Most importantly he has set up our organization to thrive and to defend the three-tier system in the future. We all wish him well in his retirement.”

ABDI’s Board of Directors has unanimously chosen Bob Myers, its current Vice President of Government Relations, to lead the association following Olson’s retirement. Myers began his career with ABDI on October 1, 1993, and is responsible for overseeing numerous legislative issues at the state capitol.

ABDI is celebrating 75 years of representing the interests of Illinois beer distributors this year. Beer distributors are independent businesses in the second tier of the state-based three-tier regulatory system. The regulatory system prevents vertical integration (brewers controlling the distribution channel and owning the retailers) which created illegal business practices causing societal problems which lead to Prohibition. After the end of Prohibition, ABDI was organized to represent, maintain, and improve the interests of its Members who distribute beer of all brewers. Under Olson’s management, numerous other changes to the Beer Industry Fair Dealing Act(BIFDA), which regulates a distributor’s relationship with suppliers, were enacted including:

ÔÇó Efforts to maintain distributor’s independence and creating market access for all brewers by prohibiting a brewer from preventing a wholesaler from selling products of other brewers.

ÔÇó The requirement that a brewer can only cancel a distribution agreement for good cause.

Olson first started lobbying in 1972. Prior to ABDI, Olson represented the finance and banking industries where he was successful in leading efforts to pass legislation authorizing multibank holding companies which ended Illinois’ unit banking system. He also led efforts to deregulate Illinois’ complicated consumer lending statutes by amending over eight separate statutes that regulated credit to consumers. On another issue, Olson was successful in an effort to override a Governor’s veto on a consumer lending bill — the only instance of a veto override on a consumer finance bill in the country.

“I have had a very rewarding career,” Olson said. “I have worked in an area where one can conceive the need for legislation, help create a bill for introduction, nurse it through the legislative process, and see it enacted into law. That has been a very fulfilling experience.”

“Having the opportunity to turn ABDI in to a well-respected association of prominence has been extremely
gratifying,” continued Olson. “I certainly will miss the interaction with the ABDI Members, legislators, and other industry representatives.”