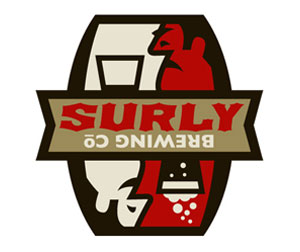 BROOKLYN CTR, MN – The definition of Surly most commonly means rude or bad tempered, however it can also mean 'threatening.'

Surly Founder Omar Ansari has auspicious intentions of building a $20 million dollar brewery, restaurant and event center that opponents believe would 'threaten' the beer scene and the three-tier system.

"California, Massachusetts, Michigan, Colorado, Oregon and Washington I would say have bigger beer culture and stronger bar presence, so it's a difficult argument to make," he said. "I don't see how it will bring it (the system) down when it's already done in about 25 states and things seem to be working."

Ansari founded the company in 2006 and since, it has gone from virtually unknown to one of the more coveted brews in Minnesota. He was also recognized by Ernst & Young as one of its entrepreneurs of the year in 2010.

With current production levels at just about 12,000 barrels, the expansion would provide Surly Brewing Co. the ability to brew up to 100,000 barrels annually, which Ansari admits wouldn't happen right away. This production level would mean nearly 8 times more beer.

"The goal is continue growing while still allowing people to come out and have a beer on nice Minnesota summer day," Ansari said.

The expansion looks to create 150 new permanent jobs as well as 85 construction jobs during the nine month build-out. Included in the expansion is a two-story, 60,000 square foot building, complete with a 250-seat restaurant, 30 foot bar and a roof deck.

Ansari faces one problem. He will need to change a current Minnesota liquor law that allows only small-scale Minnesota brew-pubs who do not distribute to sell beer for on-site consumption.

"There are a lot of beer fans that would like to see this happen," he said.

Ansari could potentially drive 40 minutes over the border to Wisconsin, where the law would allow for his expansion.

"It's sad. I don't want to build a brewery in Wisconsin," he said. "I am a Minnesotan, but I am sure they will welcome us with open arms over there."

Ansari has hired the lobbying firm Cook Girard Associates to work on his behalf.

Breakthru Beverage Group to Sell Beer and Cider Portfolio in...