Christine Celis’ dream of brewing beer under her family name is coming true.

Celis, daughter of the late Pierre Celis, is reviving the long-shuttered Austin, Texas, craft brewery that her father started in 1992 and using the “Celis” name after reaching an agreement to repurchase the brand rights from Total Beverage Solution and Craftbev International Amalgamated, Inc.

Celis said she had been working on the resurrection of Austin’s first craft brewery for about 17 years, and the final piece was reclaiming the rights to the brewery’s name.

Tuesday’s announcement comes nearly a full year after Celis, in partnership with Detroit’s Atwater Brewing, announced her intention to launch an Austin-based beer company called Flemish Fox Brewery & Craftworks. Atwater is still involved in the current project, and the business itself will still operate under the Flemish Fox name, but the two companies plan to brand the physical brewery location as the “Celis Brewery,” a spokesman told Brewbound.

Celis would not disclose how much she paid to acquire the rights to the Celis name, but said it could never hold the same meaning to the former rights holders that it does with her family. 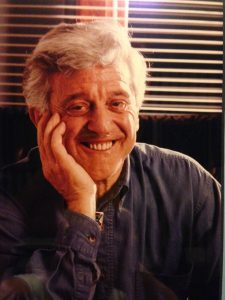 “We all came to an agreement that the name should be dedicated to this brewery and to continuing the legacy of Pierre Celis,” she said of her father, who died in April 2011. “He’s the one who revived the Belgian witbier and did so much for the craft beer industry in Europe and the U.S.”

The company, funded by private investments and a bank loan, is Christine Celis’ latest attempt to revive her father’s brewery. A similar attempt was made in 2012, and there have been a few starts and stops along the way.

In an effort to meet increased demand for his beers, Pierre Celis sold an ownership stake to Miller Brewing Company in 1995, and the rights to the Celis name have changed hands several times since. The deal with Miller eventually soured, and the Celis brewery was closed in December 2000 when Miller, which at the time had complete ownership of the Celis name, auctioned off the brand.

In 2002, the Celis labels were acquired by Michigan Brewing Company, which went out of business in 2012. The rights to the Celis name were eventually purchased by Total Beverage Solution and Craftbev International Amalgamated Inc. in 2013, and those companies agreed to sell the Celis name back to Christine Celis on Feb. 10, 2017.

Now, the Celis legacy will be on full display come April, when the new brewery opens in a 22,000 sq. ft. space in northwest Austin. The 50,000-barrel brewery will feature a tasting room with a bar made from Pierre Celis’ original copper brew kettle as well as a museum displaying artifacts and equipment to honor him.

Celis said the brewery will recreate the recipes that her father popularized and brewed in Belgium — Celis White, Celis Grand Cru, Celis Bock and more — and use the proprietary yeast strain that her father brewed with in Belgium.

“We’re going to be brewing the exact same recipes he brewed in Belgium,” she said. “When we bring out the beer that my dad made, it has to be perfect. I don’t want any flaws in Celis White or any of the old recipes. … I’m getting a second chance, and we better make sure that things are more than perfect. I won’t sell it until it is.” 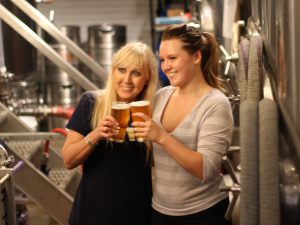 To help recapture that authenticity, Celis is also bringing back members of her father’s original team, including a female brewmaster he worked with her dad for about a decade. The company’s brewmaster has not yet been named, but brewing engineer Bert Van Hecke has will help commission the company’s state-of-the-art, 50-hectoliter brewhouse. And Christine Celis’ 22-year-old daughter, Daytona Camps, is also joining as a brewer.

In its first year, Celis expects to produce about 10,000 barrels of beer.

Celis said the brewery will begin with a focus on three key initial markets in Texas — Austin, Dallas and San Antonio.

“We have to build a brand again,” Celis said. “For a whole lot of people, they don’t know who Celis is.”

Future plans call for expanded distribution to Houston and, eventually, sales outside of Texas.