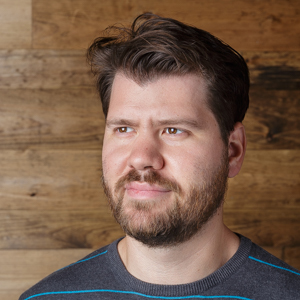 Wilson Craig has a founder’s story that should be familiar to many in the beverage space: Dissatisfied with the available options in a category, he set about creating his own product to fill the “blind spot” in the market — in this case, ready-to-drink spirits. While working in real estate finance in New York City, he and his friends noticed “their bodies starting to change” as calories and carbs from drinking light beer began to catch up to them. The answer? Waterbird Spirits, a line of premium ready-to-drink cocktails in 12 oz. cans.

Like countless other beverage companies, XED (pronounced “crossed”) Beverages saw its growth plans for 2020 turned upside down with the outbreak of the COVID-19 pandemic last spring. Now — one year, one rebrand and one reformulation later — co-founders Zeke Bronfman and Nate Medow are looking to pick up from where they never got a chance to start.

Beer giant Molson Coors is continuing its push into non-alcoholic beverage categories with the U.S. launch of Veryvell, a line of sparkling CBD-infused drinks available exclusively in Colorado.

Alcohol distributors are dubious regarding Bang Energy’s ability to rebound from its messy, still-unfurling divorce with PepsiCo, according to a survey by Goldman Sachs Equity Research.

Despite claims by Vital Pharmaceuticals/VPX Sports boss Jack Owoc that “terminated means terminated,” PepsiCo can continue to distribute Bang energy drinks until the completion of ongoing dispute between the two parties, according to an emergency arbitration ruling issued on Monday.

When words like “pathetic,” “feckless” and “sub-mediocrity” start getting tossed around, one can assume the spark is well and truly gone. That’s how Bang CEO Jack Owoc summed up the current relationship between his energy drink brand and PepsiCo in an interview with Beverage Digest following the announcement last month that Bang was unilaterally exiting the distribution agreement only a few months after the contract was signed.

According to co-founder and CEO Matt Johnston, the ethos of Canadian craft brewery and distillery Collective Arts is “putting creativity at the core of everything that we do.” And as it turned out, the company had a surplus.

Beer distributors widely anticipate Monster Energy to enter the hard seltzer segment as early as next year, according to a survey conducted by Goldman Sachs Equity Research. Nearly 85% of wholesalers in the “Beverage Bytes” survey, representing feedback from more than 80 distributors and approximately 180,000 retail outlets that sell alcohol, believe that Monster will or potentially could launch a hard seltzer product.

During the Q&A portion of the call, Monster CEO Rodney Sacks was noncommittal when asked about the company’s potential interest in launching an alcoholic beverage product, specifically a hard seltzer.

Coca-Cola is planning to use the Topo Chico brand as a platform to extend into the booming hard seltzer category, the company announced today. In a statement published on its website, Coca-Cola stated that it is “committed to exploring new products in dynamic beverage categories, including hard seltzer.”

Coors Distributing Co. is taking a step into the growing CBD-infused beverage category, announcing Friday that it will begin distributing products from Colorado’s Best Drinks and DRAM Apothecary.