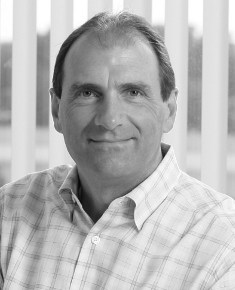 Avery brings many years of restaurant industry experience to his new role. He previously served as Chief Operating Officer at OSI Restaurant Partners, a casual dining restaurant company with a portfolio of brands consisting of Outback Steakhouse, Carrabba’s Italian Grill, Bonefish Grill, Fleming’s Prime Steakhouse & Wine Bar and Roy’s Hawaiian Fusion Cuisine. OSI, also based in Tampa, FL, has grown to a $4.5 billion-dollar organization with over 1,500 locations in 23 countries.

“I’m excited to join the World of Beer team in such a critical phase of its brand growth and potential appeal,” said Avery. “I look forward to continuing our success with the franchise community, and focusing on expansion into nationwide markets which will include the opening of company-owned locations.”

The original World of Beer was founded in 2007 in Tampa, FL by Scott Zepp and Matt LaFon. A tremendous response to their concept resulted in multiple inquiries on additional taverns. In 2010, Scott and Matt joined forces with former Outback Steakhouse President Ben Novello, and former Outback Steakhouse Executive Jim Pollard to take the brand national. Ben and Jim will remain with World of Beer in executive roles and as principles/board members.

“Joining forces with Paul, once more, after decades of working together at Outback Steakhouse is like a dream come true,” noted CEO Ben Novello. “Jim and I have a long, storied history of success with Paul
and the addition of a close friend and industry legend means a great deal to us both.”

The rapidly expanding World of Beer Franchising, Inc., which recently announced the sales of franchise locations exceeding 200+ units, currently has 36 taverns operating in 11 states. The recent sales, part of an organic franchise expansion effort targeting local owner/operators, will deliver new locations offering an extensive collection of brews from around the globe. The organic expansion showcases not only to the power of the World of Beer brand, but that franchisees and patrons believe in this fine-tuned concept that has been positioned for emerging growth.

“We couldn’t be more excited about Paul Avery joining the World of Beer team because he shares the same core values, vision and culture that makes our experience,” said Zepp. “He’s aligned with the company’s main focus of culture and the customer experience.”

Chris Kelsch, Founder & President of Vanguard Protex Global, and his wife Pamela, have participated in the World of Beer investment group and Chris will now serve on the Board of Directors. “With his
exceptional business acumen and enthusiasm for the World of Beer business model, Chris will be a great complement to our board and our ability to optimize the future,” said Avery.

“I’m extremely happy how far World of Beer has come in the past few years and having Paul join our team is going to take this brand to the next level,” said LaFon. “He has extensive industry experience with
growing and emerging concepts and understands the importance of a great culture.”

Beer lovers appreciate the vast selection of brews at each World of Beer, offering over 500 premium beers, with nearly 50 being poured fresh on tap. The decor stays consistent with warm and inviting rich wood finishes, exposed brick walls, and seemingly endless display of beer labels from around the world. With a vision of integrating an appealing food menu, World of Beer will still continue to partner with local restaurants for delivery service.

World of Beer has proven to take the mobile beer industry by storm with 56,000+ downloads of their mobile app launched last August. The app was developed to educate consumers on their many different types of beers; filters are available to sort results according to ABV, color, loyalty status, country or style.

About World of Beer

Headquartered in Tampa, FL, World of Beer is franchised by World of Beer Franchising, Inc. World of Beer is a truly uncommon tavern, where the experience is as essential as the product. It is important that a broad spectrum of patrons, from the beer aficionado to the casual beer fan, can enjoy the best beers on the planet and increase their beer knowledge in a comfortable, upbeat setting.