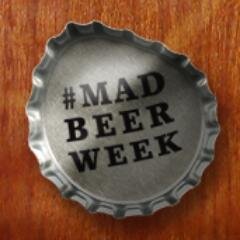 Madison, Wisconsin – With Madison Craft Beer Week kicking off on May 2nd, local brewers are gearing up for the celebration — but in the case of the week’s signature event, they were already hard at work more than a month ago, at Wisconsin Brewing Company. The occasion? Common Thread.

Common Thread is at the heart of Madison Craft Beer Week. This endeavor sees local craft brewers gathering together at a local brewery and creating a new, special release beer. The brew’s debut is timed to coincide with Craft Beer Week, when it’s introduced as part of the celebration. 2014 marks the third annual Common Thread, and Wisconsin Brewing Company was proud to host the landmark event.

“Common thread is really a celebration of craft beers, creativity and camaraderie,” said WBC brewmaster Kirby Nelson. “It shows that the craft beer industry is centered where it should be, around the brewing of amazing beers. It also shows that a bunch of alchemists and artists can actually get serious long enough to create something magnificent.”

The brew for this year — a Bohemian Pilsner named, appropriately enough, Common Thread 2014 — was the result of a close collaboration between more than a dozen local brewers. On March 15, they gathered together in the brewhouse at Wisconsin Brewing Company to contribute their ideas, ingredients and formulations. Together, the group brewed 80 barrels of beer, putting any creative and competitive differences aside to focus on their craft.

“This is our way of honoring our community, our state and its incredibly rich beer history,” said Nelson. “The brewers here, along with the local farmers and industries who support us, share a common bond that runs through it all. There’s a real sense that the whole is greater than the sum of its parts.”

“ And that whole can brew a tremendous beer.”

The fruits of this year’s locally-brewed labor is a Bohemian Pilsner, a beer known for a rich and complex malty profile, with crisp and spicy bitterness from the traditional use of Saaz noble hops. Common Thread’s take uses German malts and Wisconsin-grown Sterling hops. Sterling hops are an American variety that is often substituted for Saaz. “Sterling gives it a Wisconsin personality,” said Nelson.

The hops were donated by Gorst Valley Hops of Mazomanie, an example of the local focus of the craft beer community. Whether sourcing barley from Ashland, hops from Mazomanie or specialty malts from Chilton, these craft brewers are all about ensuring their brews have a distinctively local flavor. Wisconsin Brewing Company took the idea one giant step further, building their entire brewery with Wisconsin-made equipment, components and companies.

The 2014 band of brewers included representatives from Wisconsin Brewing Company, the Great Dane, Vintage Brewing, Lake Louie Brewing, New Glarus Brewing, MobCraft, Karben4 Brewing, O’so Brewing, Next Door Brewing, Capital Brewery, the Grumpy Troll, One Barrel Brewing and House of Brews. Over the course of Madison Craft Beer Week, Common Thread will be offered on tap in brewpubs and the tasting rooms of the participating brewers, as well as several of the area’s beer bars and restaurants.

Profits from the sales of Common Thread beer are given to the Wisconsin Brewers Guild to use statewide in promotion of craft brewing.