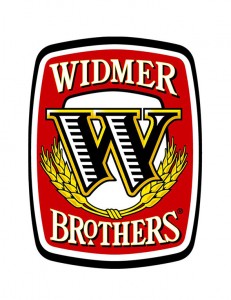 Widmer Brothers Brewing announced two new releases for the coming change in seasons. Old Embalmer ’12 is a barleywine ale being offered through the brewery’s Alchemy Project line. The brewery plans to highlight a different hop each year, starting this year with the tropical fruit flavors and aromas of the Bravo hop. Old Embalmer ’12 is available now in limited quantity.

Widmers’ fall seasonal, OKTO Festival Ale, is available once again for the end of summer and leading up to Oktoberfest.

Like all Alchemy Project beers, Widmer Brothers will brew Old Embalmer each year; however for this beer, the brewery will feature a different hop varietal in each vintage. Old Embalmer ‘12 features Bravo hops, a varietal is from Oregon’s Willamette Valley. The Bravo hop was chosen for its fruit forward flavors that will balance the beer’s strong malt bill.

“Old Embalmer Barleywine Ale is great upon release, but — true to its name — we found that it will also cellar exceptionally well,” said brewer Doug Rehberg. “This year’s beer was brewed with copious amounts of malts, and features Bravo hops, which provide earthy, fruity and floral qualities for a brilliant balance and velvety finish. We are excited to be bottling and labeling it as part of our Alchemy Project series and hope other beer lovers enjoy it too.”

Widmer Brothers first brewed Old Embalmer in 1999. At that time, Widmer Brothers’ brewer Doug Rehberg, who was interested in crafting a unique iteration of the style for the brewery, spearheaded the project to create Old Embalmer. Throughout the years, the brewery has offered the Old Embalmer barleywine at its Gasthaus pub in Portland, Ore. and discovered its age-worthy potential.

Old Embalmer ’12 will be available in 22-ounce bottles and 1/6 barrels beginning July 30.

Popular seasonal ale returns just in time to wind down summer, gear up for autumn and Oktoberfest celebrations

PORTLAND, Ore. — With summertime winding down, Widmer Brothers Brewing is bringing back its salute to Bavaria’s Oktoberfest. OKTO Festival Ale, available now through October, is an ideal brew to enjoy as the lingering hot days of summer give way to a slight autumn chill creeping into the air. 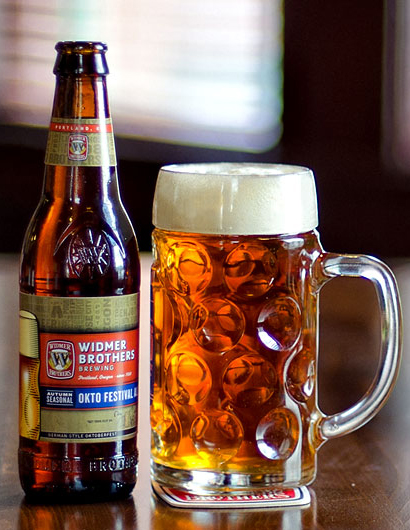 “We’ve been brewing OKTO Festival Ale for 26 years, and there is a reason that it’s a seasonal favorite: it’s the perfect beer for the transition from summer to fall,” said Rob Widmer, co-founder of Widmer Brothers Brewing, “Inspired by the festivities and brews of Bavaria’s Oktoberfest, OKTO is an easy-drinking, full-bodied beer with distinctive flavors and a crisp, clean finish.”

OKTO Festival Ale has a sweet, malty flavor, and Alchemy and Willamette hops add mild bitterness. The brew’s subtle, floral and spicy hop tones are complemented by a mild fruity ester character, and the beer finishes crisp and clean on the palate. Considered one of the brewery’s favorite seasonal ales, OKTO Festival Ale is brewed for a short time each year and is available in limited quantities on draught and in six-packs at select retailers.

About the Alchemy Project

In late 2011, Widmer Brothers Brewing launched the Alchemy Project, a new series of high-end, bold, vintage-dated beers that are brewed for cellaring. Like fine wine, Alchemy Project beers can be enjoyed immediately, but the process of cellaring and aging these beers contributes to enhanced flavor profiles and complexities as the beers evolve with time. This series showcases that evolution.

The Alchemy Project will include three specialty craft beers each year. Each will be released in limited quantities, and the same three beers will be released every year. The series was launched with the release of Barrel Aged Brrrbon ’11 last year, a follow-up to Barrel Aged Brrrbon ’10, which was initially released as part of the Widmer Brothers Brothers’ Reserve Series. Raspberry Russian Imperial Stout was the second Alchemy Project release, and Old Embalmer ’12 is the third.

What started as a dream for two ordinary brothers who just loved beer has now become a reality for two ordinary brothers who still just love beer. Kurt and Rob Widmer helped lead the Pacific Northwest craft beer movement in 1984 when, in their 20s, they dreamed of brewing unique interpretations of traditional beer styles. In 1986, Widmer Brothers Brewing introduced the first American-style Hefeweizen; today, the unfiltered cloudy beer is the company’s signature brew and one of the best-selling wheat beers in the country. Based in Portland, Ore., the brewery currently brews a variety of beers including Drifter Pale Ale, Nelson Imperial IPA, Rotator IPA Series, Drop Top Amber Ale and Pitch Black IPA. For more information about Widmer Brothers Brewing, visit www.widmerbrothers.com.