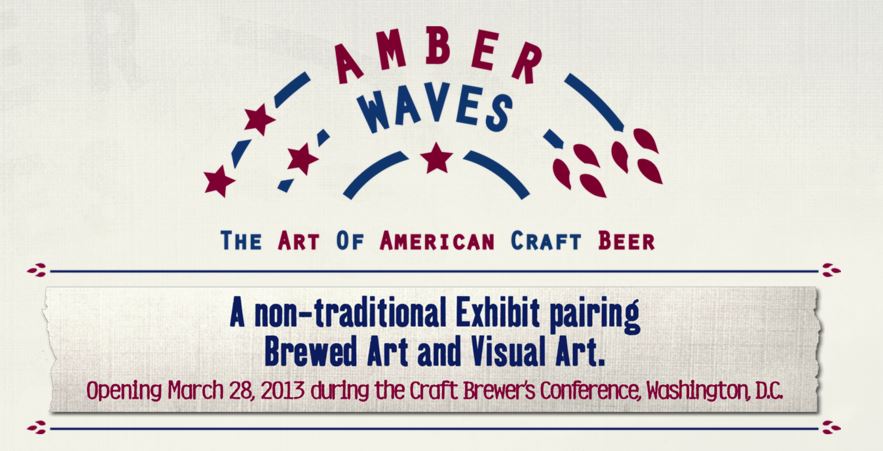 DOWNINGTOWN, PA – Highlighting the artistry behind American craft beer, Victory Brewing Company (Downingtown, PA) and Dogfish Head Craft Brewery (Milton, DE) are hosting an event for the 2013 Craft Brewer’s Conference that will showcase brewer’s art, both liquid and visual. Amber Waves: The Art of American Craft Beer will illustrate that well-crafted beer can be as inspirational as a work of art.

Event creators, Bill Covaleski of Victory Brewing Company and Sam Calagione of Dogfish Head Craft Brewery, have ‘curated’ the exhibit, inviting 25 American craft breweries to exhibit their beers, some being specially brewed for the event, along with art that each brewery supplies to visually display the image of their brewery or beer. Regarding the event and its inspiration, Victory co-founder Bill Covaleski offered, “Having traded in my BFA and art training for brewer’s boots nearly two decades ago, I’ve always admired how fellow brewers never overlook opportunities to also create inspired, visual impact.”

Hosted at the District Architecture Center, the gallery space will feature breweries’ commissioned art strategically placed near stations serving their draft beer. With beer entries constrained to beers of the same appearance (all being amber in color) the event expects to impress guests with the wide range of flavors possible within items of identical appearance, drawing mental parallels to the visual diversity art offers. Attendees will admire the visual art and savor the brewed art simultaneously.

Two sessions of Amber Waves: The Art of American Craft Beer will take place on Thursday March 28 at the District Architecture Center (421 7th Avenue NW Washington, DC 20004). The first session will be for the ticket-holding public and the second will be for brewery industry guests only. The event expects to accommodate a total of 750 guests over the two sessions. Breweries have been requested to donate their art to support the event’s charity, The Fallen Heroes Fund, via an on-line auction to take place after the exhibition.

“Bill and I recognized an opportunity to bring together our ambitious craft brewing friends, whose creativity elevates American brewing to a true art form every day. We had to do this because ‘art’ is always in ‘party!’” summarized Dogfish Head founder Sam Calagione.