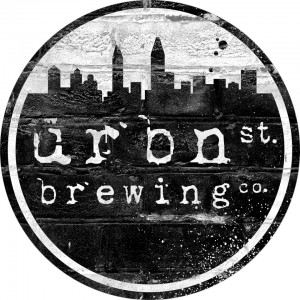 Tapping two of San Diego’s respected beer industry veterans, Mangini will partner with Head Brewer, Callaway Ryan, and Executive Chef, Alex Carballo, both formerly of Stone Brewing Co. fame. Together the team is thrilled to bring their vision of great beer and food to life in El Cajon’s growing neighborhood.

CALLAWAY RYAN: Callaway Ryan’s gravitation towards brewing started at an early age through a fortuitous trip to Germany. While traveling, he was exposed to Europe’s historically rich brewpubs and craft beers like Trappist ales, Rauchbier and Hefeweizen. As an avid homebrewer, Callaway quickly discovered a passion for fine beer that ultimately put him on an unwavering path towards a professional career. Today, Callaway has spent nearly a decade working alongside some of the nation’s top brewers including Minnesota’s Surly Brewing Co., Real Ale Brewing and Live Oak Brewing Co. out of Texas, and San Diego’s internationally celebrated industry pioneer, Stone Brewing Co., where he spent the last year and a half working as a senior brewer at their Escondido facility. As Callaway embarks on a new era of ownership alongside Jon and Alex, he’s most looking forward to creating recipes that are distinctly his own. “Being paid to brew your own beer is pretty much every brewer’s dream,” says Callaway. “I love the communal aspect of beer, and I can’t wait to have a bar full of people coming together around something I produced.

THE BREWERY: A multifaceted brewer, Callaway will transition from production under Stone’s twin 120-barrel systems to a much smaller scale 15-barrel, premier direct-fired brewhouse. Having spent the bulk of his career working on smaller systems, Callaway admits that he has missed many aspects of manual brewing and is excited to grow the brewery from scratch. Expect to see URBN St. Brewing Co.’s beers on tap at the collective’s other restaurants including BASIC, URBN (North Park and Vista) and Gang Kitchen, as well distribution throughout greater San Diego in the year to come.

ALEX CARBALLO: Nationally respected as of one of Restaurant Hospitality Magazine’s “12 to watch in 2012” and noted in top industry publications such as Food & Wine, Sunset Magazine and Draft Magazine, Alex Carballo joins URBN El Cajon as Executive Chef and Partner. For the past five years, Alex served as Executive Chef and General Manager of Stone Brewing World Bistro & Gardens in Escondido, in addition to Stone Catering. A graduate of San Diego State University and the National Culinary & Baking School, Alex has helmed the kitchen at many prestigious San Diego restaurants, such as Crosby Country Club, Indigo Grill, Brigantine and The Fishery. He is a practicing member of Slow Food San Diego, which links the pleasure of food with a commitment to the community and environment; serves as a board member for Chef Celebration, is an advisor for the California Department of Education’s “California Farm to School Task Force,” and donates his time to many charities in Southern California.

THE RESTAURANT: Chef Carballo’s culinary program will feature URBN’s award-winning menu staple — a traditional thin crust, coal-fired pie, reminiscent of the famous pizzerias found in New Haven, Connecticut. Alex will also introduce a handful of new dishes alongside suggested beer pairings, creating a playful twist on pub favorites like wings, house made sausage and more to give neighborhood patrons a variety of approachable options. URBN El Cajon’s beverage program will feature 40 beers on draft, highlighting their brewery’s lineup, in addition to an eclectic selection of regional craft brews and local favorites. Lastly, ongoing beer dinners in partnership with a wide variety of San Diego breweries will be a monthly standard at URBN El Cajon.

URBN Coal Fired Pizza is the casual-eatery spinoff from Jon Mangini, the industry veteran behind the award-winning BASIC Urban Kitchen + Bar. Mangini opened BASIC in 2006 in downtown San Diego, followed by a second location in Sacramento in 2008. With the overwhelming success of BASIC in the San Diego market, Mangini opened the doors to URBN Coal Fired Pizza in Vista in 2008 and most recently, a second location in the progressive North Park neighborhood. URBN boasts the same industrial feel and authentic New Haven style thin-crust pizza of BASIC with additional menu items and an extensive craft drink selection. Both establishments are consistently awarded for excellence in menu and concept, including an honor for Design Excellence by San Diego Home and Garden Magazine; recognized as “BEST PIZZA in San Diego” by NBC’s Golden Local, a viewer-based contest voted on by the locals; and was selected as a “Silver Fork” award winner by San Diego Home and Garden Magazine, an exclusive award that is handed out to only the best in San Diego dining and cuisine. BASIC has been featured in high profile media outlets such as The New York Times, MTV, The LA Times, and Riviera Magazine. Please visit www.urbnnorthpark.com, www.urbnpizza.com or www.barbasic.com for more information.