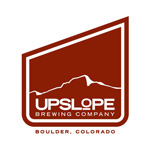 BOULDER, Colo. — Upslope Brewing Company is excited to announce the re-release of its Foreign Style Stout. Available in 12 oz. six-packs, the popular winter seasonal will hit Colorado liquor store shelves next week, a month earlier than it was available last year.

“Brewed as our first anniversary ale a few years ago, the Foreign Style Stout became our first Limited Release style,” said Upslope Founder, Matt Cutter. “Carefully crafted with the essence of what the beer gods grace us with this time of year – Roasted Barley, Chocolate Malts and Irish Ale Yeast – this brew is weaved into our roots and warmly welcomed each year as a winter tradition.”

As the temperature starts to drop, the desire for a dark and wintry beer increases. Upslope fills the demand with its Limited Release Foreign Style Stout. The remarkably well-balanced taste of this 6.9% abv stout is achieved through a blend of smooth roast flavors and Uplsope’s signature Patagonian hops.

Swing by the tap room at their Lee Hill brewery on Wednesday, December 18 from 5-9 p.m. for their Foreign Style Stout Release Party to try this beer on tap. Fans looking to warm up with this one at home can be on the lookout for the jet black and silver-colored cans in stores starting December 16.