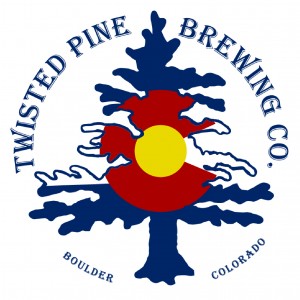 Boulder, CO — Twisted Pine Brewing Company in Boulder, Colorado has announced the appointment of Jean Lund as Chief Executive Officer, effective November 1st. Current CEO and owner Bob Baile will retain the title of President and focus the bulk of his efforts toward customer and distributor relations.

Lund spent the last two years as President and CEO of CordenPharma Colorado, based in Boulder. Baile and Lund first met there in 1978 while working side by side in the lab as research chemists when the company was known as Arapahoe Chemicals. Baile expresses excitement at having “a person of Jean’s caliber join Twisted Pine,” adding that “someone with her keen business acumen can bring a lot to the table and really help shepherd this company through the future.”
Twisted Pine was founded in 1995 and purchased by Baile the following year. Ever the local stalwart, it was not until recently that the brewery began to bolster production and spread out in the market. Four years ago, Twisted Pine’s distribution footprint was limited to Northern Colorado alone, while that range now stretches into 16 states.
On the subject of transitioning from pharmaceuticals to beer and how her past experience will translate to continued and increased success for Twisted Pine, Lund states that “the pharmaceutical business and the brewing industry are both technically challenging and require strict quality controls, while constant innovation is needed to be able to keep up with rapidly changing and expanding markets.”
Acknowledging that there is more to a successful craft brewery than manufacturing alone, Baile adds that Lund “is completely in tune with Twisted Pine’s philosophy in regards to staff dedication and community interaction,” something the brewery has always prided itself on. Having worked and lived in the community for over 35 years, Lund understands the significance, asserting that “it is also very important for Boulder companies to be socially responsible and foster a strong relationship with the local community. Twisted Pine has been positively impacting the community for years through their great support of many charitable causes, and this culture will continue.”
About Twisted Pine:
Based in Boulder, Colorado, Twisted Pine Brewing Company has been hand-crafting quality ales since 1995. In addition to such favorites as Hoppy Boy, Raspberry Wheat Ale and Billy’s Chilies, the brewery has repeatedly pushed the boundaries of style guidelines with such creations as Big Shot Espresso Stout, Northstar Imperial Porter and Ghost Face Killah. Twisted Pine is actively involved with local charitable organizations and is a staunch advocate of sustainable business practices. For more information, visit www.twistedpinebrewing.com.