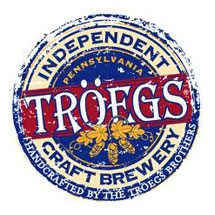 “It’s like winning the Super Bowl, World Series, getting struck by lightning, and attacked by a polar bear all in the same day,” said John Trogner. “It only happens occasionally.”

The 2012 Great American Beer Festival competition winners were selected by an international panel of 185 expert judges from a record number of 4,338 beers from 666 breweries. Hailing from 48 states, Washington, D.C. and Guam, these breweries competed in 84 beer categories covering 134 different beer styles.

“The Great American Beer Festival is the premier beer competition for the American beer industry,” said Nancy Johnson, festival director. “Winning a medal, no matter if gold, silver or bronze, is truly an accomplishment.”

Founded by brothers Chris and John Trogner in 1996, Tr├Âegs Brewery is a small, family-owned specialty brewery that started selling beer in 1997. Located in Hershey, Pennsylvania, Tr├Âegs’ beers are distributed in Pennsylvania, Maryland, New Jersey, Delaware, Virginia, New York, Ohio, Massachusetts and Washington, D.C. Pour through www.troegs.com to see what else is brewing at Tr├Âegs.