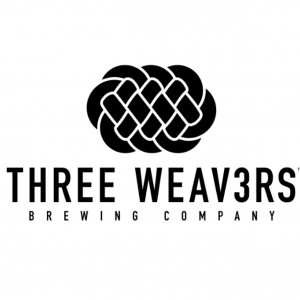 “We are extremely fortunate to have Alexandra Nowell at the helm of our production brewery. With my finance background and Alex’s brewing experience, we make an incredible team.”

The brewery, located in Inglewood, will allow for production and distribution of approximately five core beers along with seasonal brews, created by the only female founder and brewmaster team in Los Angeles. Lynne Weaver, Three Weavers’ founder explained, “We are extremely fortunate to have Alexandra Nowell at the helm of our production brewery. With my finance background and Alex’s brewing experience, we make an incredible team.”

“I’m really excited about being a part of the creation of Three Weavers Brewing Company. It has been a great experience and I can’t wait for the public to enjoy Three Weavers beer,” added Three Weavers’ brewmaster, Alexandra Nowell.

“We’re psyched with the response we’ve already received from the collaboration beers and know others who try it will become fans of our beer, as well. You can check our website for a sneak peek of our Kickstarter Campaign before it launches,” added Weaver. The Kickstarter campaign, which officially begins March 6th, will continue through April 6th.

Three Weavers Brewing Company is a craft brewery based in Inglewood, California. Founded in 2013, Three Weavers is deeply rooted in the concept of responsibility – to the environment, to the industry, to the community and to its employees. Three Weavers exists to share its love and appreciation of beer with the world. To find out more go to www.threeweavers.la.