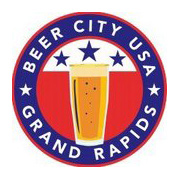 GRAND RAPIDS, MI — Grand Rapids has yet another reason to toast the town. Ten area breweries have teamed to create Beer City Pale Ale, a new craft beer produced in celebration of both the city’s newest title and Craft Beer Month beginning July 1.

“The breweries came together in a fun and fitting way to honor Grand Rapids’ newest claim to fame as ‘Beer City USA’ and July’s month?long celebration of craft beer. Cheers to each of them for such a creative and collaborative approach to making the most of these well?deserved accolades,” said Experience Grand Rapids President Doug Small.

The breweries collaborated on a recipe that resulted in a red pale ale, amply hopped with all Michigan grown cascade and nugget hops. Each brewery produced their own version of the beer, which they will offer on tap throughout July.

According to Barry VanDyke of Harmony Brewing Company, a “few other bars lucky enough to get their hands on a keg will sell the beer as well.”

Last month, Grand Rapids was named “Beer City USA 2012” in a nationwide poll. The city shares the crown with Ashville, N.C. following a dead heat tie. In recognition of the burgeoning industry across the state, the Michigan State Legislature designated July as Craft Beer Month.

Experience Grand Rapids pays tribute to the area’s craft beer community with its newly created Beer City USA logo and the addition of a Cool City. Great Beer. page to its website, where visitors can easily find area breweries as well as navigate a craft beer tour throughout West Michigan.