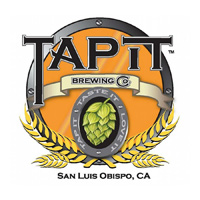 .com, announced that it has reached an agreement with Alliance Beverage Distributing Company, LLC in Arizona to distribute its complete line of American All Malt Ales throughout Arizona.

Alliance Beverage Distributing Company is the largest alcoholic beverage distributor in the state of Arizona.

“Alliance Beverage strives to be recognized as the Distributor of Choice by our customers and suppliers,” says Troy Slicker, Alliance Beverage State Beer manager. “We are known as a multiple line house, selling many brands of beer, wine and spirits for numerous suppliers to licensed retailers throughout the state of Arizona.”

Tap It Brewing Co. currently produces an India Pale Ale and an American Pale Ale at its 10,000 square foot production microbrewery just south of the San Luis Obispo (CA) eclectic downtown area. Prior to this announcement the San Luis Obispo brewery, which has been in operation for a little over a year, has become a staple in the San Luis lifestyle and now the brewery is spreading the cheer. This new relationship with Alliance Beverage will prove to dramatically increase availability outside of California and support the Tap It Racing Programs in Arizona.

“We are excited to be working with Alliance Beverage,” said Tap It Brewing co-owner John Gordon. “Alliance’s Mission Statement, Core Values, and Strong Leadership speak for itself.”

Tap It Brewing, has partnered with Alliance Beverage based on their enormous market coverage, professionalism and unmatched customer service. “All of us at Tap It are ecstatic to be joining forces with a distributor that not only has a solid foundation, but also one whose values of integrity and quality so closely align with ours,” said Robert Garcia, Tap It Brewing Director of Sales.