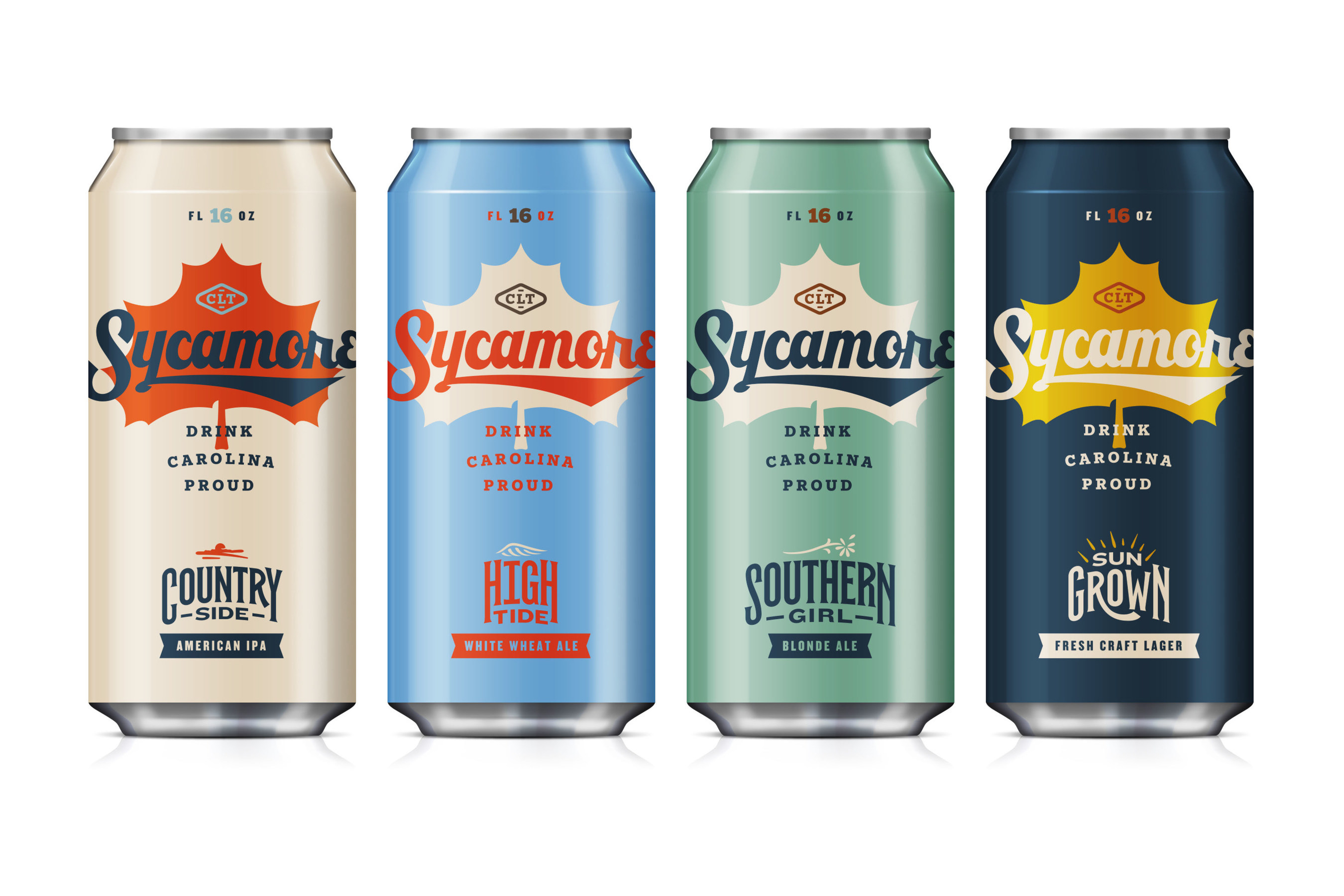 CHARLOTTE, N.C. — Sycamore Brewing is set to release a brand-new suite of cans today brewed in their recently completed $2.5 million-dollar production facility and cannery in the North End neighborhood of Charlotte, North Carolina.

CANtopia, the public launch event for the brewery’s cans, will take place on Friday, July 7, 2017 at Sycamore’s Hawkins Street location. Co-owner, Sarah Brigham, describes the event as, “All of Sycamore’s staple events wrapped in one –a music festival, food truck rally and a can launch – basically a big celebration!”

Sycamore’s new cans are now available in grocery stores across Charlotte. Sycamore plans to focus exclusively on the local market for the next 12 months before expanding across North Carolina and over state lines. Looking ahead, co-owner Justin Brigham, emphasizes the need to, “Work strategically to ensure Sycamore’s ongoing success in an increasingly competitive market.”

At Sycamore Brewing, we believe fresh beer made with top-notch ingredients should be enjoyed by everyone. In 2014, with proud roots in Charlotte, husband and wife team, Justin and Sarah Brigham, set out to brew beers that bring people together and drink easy from the first sip to the last.