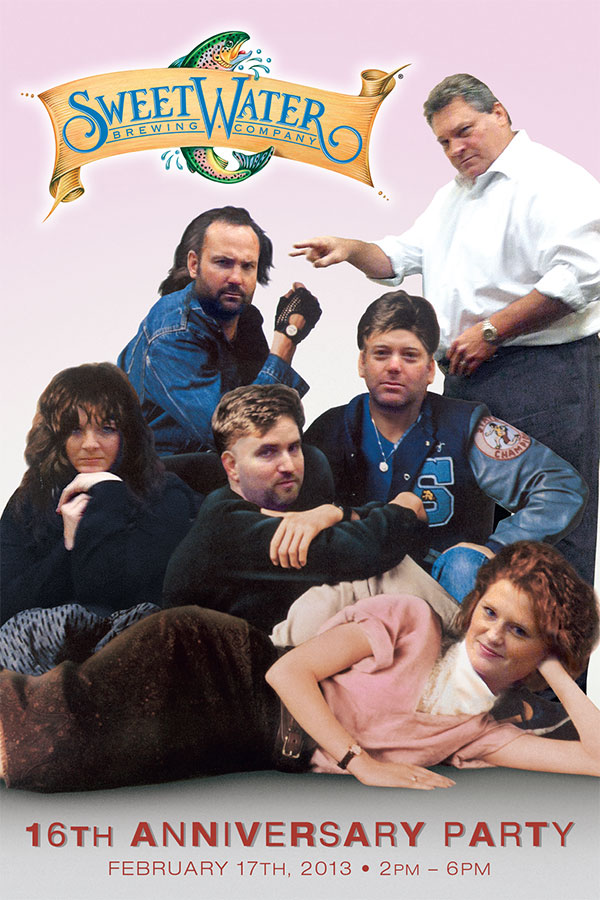 ATLANTA — Raise the curfew and hand over the keys, because SweetWater Brewery is celebrating 16 years of heady beers this Feb. 17. In true SweetWater fashion, the brewery is throwing a Sweet 16 birthday bash that is for sure to be the most bangin’ party the decade has ever seen.

Anniversary festivities will take place Sunday, Feb. 17 — exactly 16 years to the day the company opened its doors — from 2 — 6 p.m. at the brewery and will feature jams from the acclaimed Atlanta-based band, Yacht Rock Revue. Tickets are $16 pre-sale at Xorbia.com, and $20 at the door. Admission includes a commemorative 15-oz pub glass, tours of the brewery and samplings of SweetWater’s brews including their year-round lineup, specialty casks and access to a secret stash that’s been saved in the cellar especially for this rite of passage. Food trucks from Ormsby’s, Moe’s Original BBQ and Poor Huey’s Hotdogs, along with the Mellow Mushroom Bake Bus, will be on site peddling a slew of tasty treats.

The fun doesn’t stop there. The gang is taking this one old school, breaking out the leg warmers, miniskirts and parachute pants to pair along with the party’s 80s theme. SweetWater is encouraging guests to come dressed as an 80s music or movie ensemble and will be crowning the most-totally-awesome looking group with a radical party at the brewery for 16 people.

To encourage safe and green transportation, SweetWater is hooking party guests up with a complimentary 30-passenger funkdafied ride from the folks at Fur Bus Atlanta to run shuttle service to and from the MARTA Lindbergh Center stop. Service will run continuously from 1:30 — 6:30 p.m. 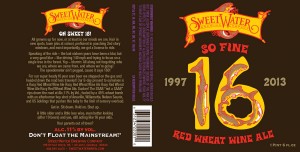 Of course, SweetWater couldn’t throw a birthday bash without an honorary brew to celebrate such an occasion. The brewers went out of the box with this super heady limited-run Dank Tank release. With a license to brew, they stepped on the gas and whipped out a racy Red Wheat Wine (say that five times fast). This beer rips down the road at 11% ABV, fueled by a 45% wheat bomb and an after-burner hop shot of Amarillo, Willamette, Nelson Sauvin, and US Goldings creating a brew that is sure to raise some hairs.

The Red Wheat Wine will debut on taps at the Sweet 16 shindig, and then hit shelves in 22-oz bottles and on draft at participating restaurants and retailers throughout the Southeast by the end of February.

SweetWater only turns 16 once, so get in, sit down, hold on, and shut upÔÇªbecause it’s going to be one helluva ride.

SweetWater Brewing Company is an Atlanta?based craft brewery living by the motto “Don’t Float the Mainstream!” SweetWater’s brews are unpasteurized and designed to be consumed fresh so distribution is limited to the Southeast. The award?winning lineup of year?round brews includes SweetWater 420, IPA, Exodus Porter, Blue, LowRYEder and Georgia Brown. SweetWater also features a Catch and Release series of beers available on a limited basis throughout the year, and an experimental, one?time?only Dank Tank series. The SweetWater Brewery, open for tours every Wednesday, Thursday and Friday from 5:30?7:30 p.m. and Saturdays from 2:30?4:30 p.m., is located at 195 Ottley Dr. NE, Atlanta GA 30324.