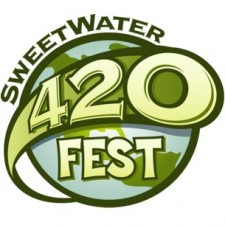 ATLANTA (March 20, 2013) — One of Atlanta’s largest, most organically grown events — SweetWater 420 Festival — returns to Candler Park this April and is sure not to disappoint.

Jam-packed with a diverse lineup of activities, performances, artistry, food fare, and of course lip-smackin’ brews, 420 Fest unveils the 411 in a day-by-day schedule, listed in order of appearance. For a full schedule including times and a festival map, please click here.

“This year we’re back better than ever with a number of exciting, new experiences and our most renowned musical lineup to date,” said Jennifer Bensch, Principal at Happy Ending Productions. “From the KidZone and Silent Disco, to our non-profit village and The SweetWater Experience, we’ve worked hard to diversify our festival offerings to engage and entertain guests of all ages and backgrounds.”

The SweetWater Experience Tent: Tastings of more than 20 unique SweetWater brews and expert panel discussions: Craft Beer in a Social Media World; Stick Your Nose in It — Beer & the Senses

The SweetWater Experience Tent: Tastings of more than 20 unique SweetWater brews and expert panel discussions: Home Brewing — Garage to Glass; A Long, Strange Trip — The Origin and History of SweetWater; The Business Side of Craft Beer; The Art and History of Cask Ale; Keeping it Local — Staying Involved in Our Community; Beer & Cheese Pairings

SweetWater Stage: Blair Crimmins and the Hookers; The Mosier Brothers; Robert Randolph and the Family Band

The SweetWater Experience Tent: Tastings of more than 20 unique SweetWater brews and expert panel discussions: Home Brewing — Garage to Glass; A Long, Strange Trip — The Origin and History of SweetWater; What’s in Your Beer?

SweetWater Brewing Company is an Atlanta?based craft brewery living by the motto “Don’t Float the Mainstream!” SweetWater’s brews are unpasteurized and designed to be consumed fresh so distribution is limited to the Southeast. The award?winning lineup of year?round brews includes SweetWater 420, IPA, Exodus Porter, Blue, LowRYEder and Georgia Brown. SweetWater also features a Catch and Release series of beers available on a limited basis throughout the year, and an experimental, one?time?only Dank Tank series. The SweetWater Brewery, open for tours every Wednesday, Thursday and Friday from 5:30?7:30 p.m. and Saturdays from 2:30?4:30 p.m., is located at 195 Ottley Dr. NE, Atlanta GA 30324.