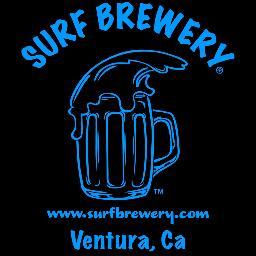 Ventura, CA — Today Surf Brewery┬«, a small commercial craft brewery, open since 2011, with an onsite tasting room and homebrew shop, announced that they have established a separate warehouse, in Moorpark, California, in Eastern Ventura County. This facility is specifically for the brewery’s barrel aging and sour beer program. Dubbed, Scientific SeriesÔäó, these beers will all be cellared in wooden barrels of various types, with some having the potential of being naturally soured. No manufacturing will be done on at this site, just storage, packaging and blending.

Doug Mason, co-founder and heading up the effort, explains the reason for a separate site, “We wanted to have a separate location to eliminate any potential contamination that could occur with our existing line of beers. The barrel aged beers often rely on naturally occurring wild yeasts and other fauna within the wood to impart the tart or funky flavors of these unique beers, flavors unwanted in your typical Blonde Ale or IPA.” Although barreled beers had been stored at the Ventura location since 2011, no blending or packaging was ever done. Packaged in traditional corked and caged bottles, these limited release beers will be distributed out of Surf’s normal industrial location on Market St. in Ventura.

Projects in the works include a Flanders Style Red Sour Ale and a Robust Porter aged in Merlot barrels. Visit the barrel webpage at www.scientificseries.com.

About Surf Brewery: Ventura County, long known for world class surf spots like Rincon Cove, C-Street and Silver Strand, now has a world class craft beer presence. Surf Brewery┬«, located minutes from Surfer’s Point in beautiful Ventura, is riding the wave of California’s vibrant beer history and tradition of making craft beers. Founded in June, 2011, by home brewers and surfers with a passion for beer and a commitment to create only the finest brews using the highest quality ingredients.