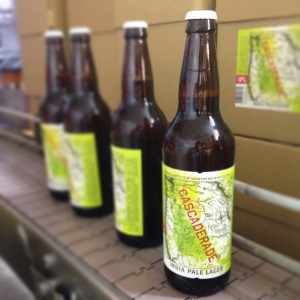 Cascaderade was inspired by the iconic Cascade hop and the hop-forward West Coast beer movement. It’s named for its refreshing blend of pine and citrus hop flavors, and smooth lager finish.

It weighs in at 6.6% ABV, and 50 IBU, making it the hoppiest beer ever bottled by Sudwerk.

The label on the 22-ounce bottle depicts an 1800s map of the Pacific Northwest, detailing the rugged Cascade mountain range. A trail marks the path from the Yakima Valley, Wash., the source of its Cascade hops, to Sudwerk Brewing Co. in Davis, Calif. The hoppy lager is distributed in 15.5-gallon kegs, 5.16-gallon kegs, and 22-ounce bottles.