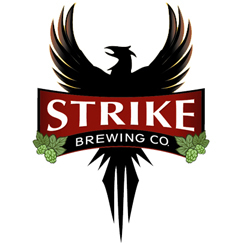 The San Jose based company is partnering with the US Pain Foundation, an organization that brings support to those living with chronic pain, to create awareness. Brewery tours will be offered at 3, 4 & 5pm and there will be live music by Them Rounders.

The event is located conveniently near the San Jose Giant’s stadium, San Jose State University stadium, and the Santa Clara Fairgrounds, and is open for anyone 21 and over from 2 pm to 8pm at:

Strike Brewing Company makes thirst-quenching, “session” beers as well as seasonal and specialty brews. On pace to produce 1,000 barrels this year, they are distributed all over the Bay Area and various parts of Southern California. The warehouse taproom and brewery located in San Jose, California.