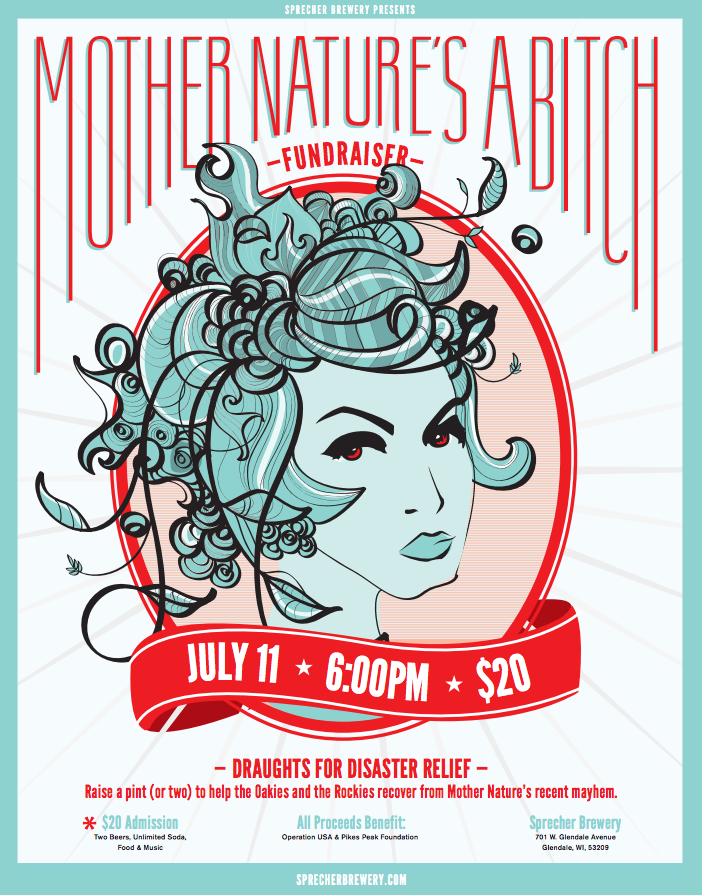 GLENDALE, Wis. — Starting at 6pm on July 11th, Sprecher Brewing Company will host a disaster relief benefit to help the folks in Oklahoma and Colorado rebuild their lives and communities after the tornados and Black Forest Fire, respectively.

The benefit will include live performances from two local musicians, Katie Lafond and Etahn Keller. Lafond is a talented young (19 year old) acoustic singer-songwriter who was voted Best Rising Star in the 2011 Wisconsin Area Music Industry (WAMI) Awards. A Milwaukee native who’s been performing since 1993, Keller is a well-regarded singer-songwriter who was voted Best Solo Artist in the 2011 Milwaukee Music Awards, and Best Pop Artist in the 2011 WAMI Awards.

In addition to Lafond and Keller donating their talents, several of the area’s best restaurants (Larry’s Brown Deer Market, Cubanitas, The Anchorage, and The Astor Hotel to name a few) have committed to provide food for the evening. Other businesses have offered gift certificates and items for the silent auction and raffles. Sue Spaight and her team at JigsawLLC created the event’s graphic.

“This event, which we’re calling Draughts for Disasters, is a great example of local talent and businesses pooling together because we care. It’s a win-win.,” said Anne Sprecher, who is organizing the event. “We’re leveraging our resources to help folks in Oklahoma and Colorado because they’ve recently experienced almost incomprehensible devastation. Sticking with that theme, the power of local resources, we will send whatever money we raise to the following two non-profits that are working in and with the local communities — Operation USA (operationusa.com) for Oklahoma, and Pikes Peak Community Foundation: Black Forest Fire Fund” for Colorado.