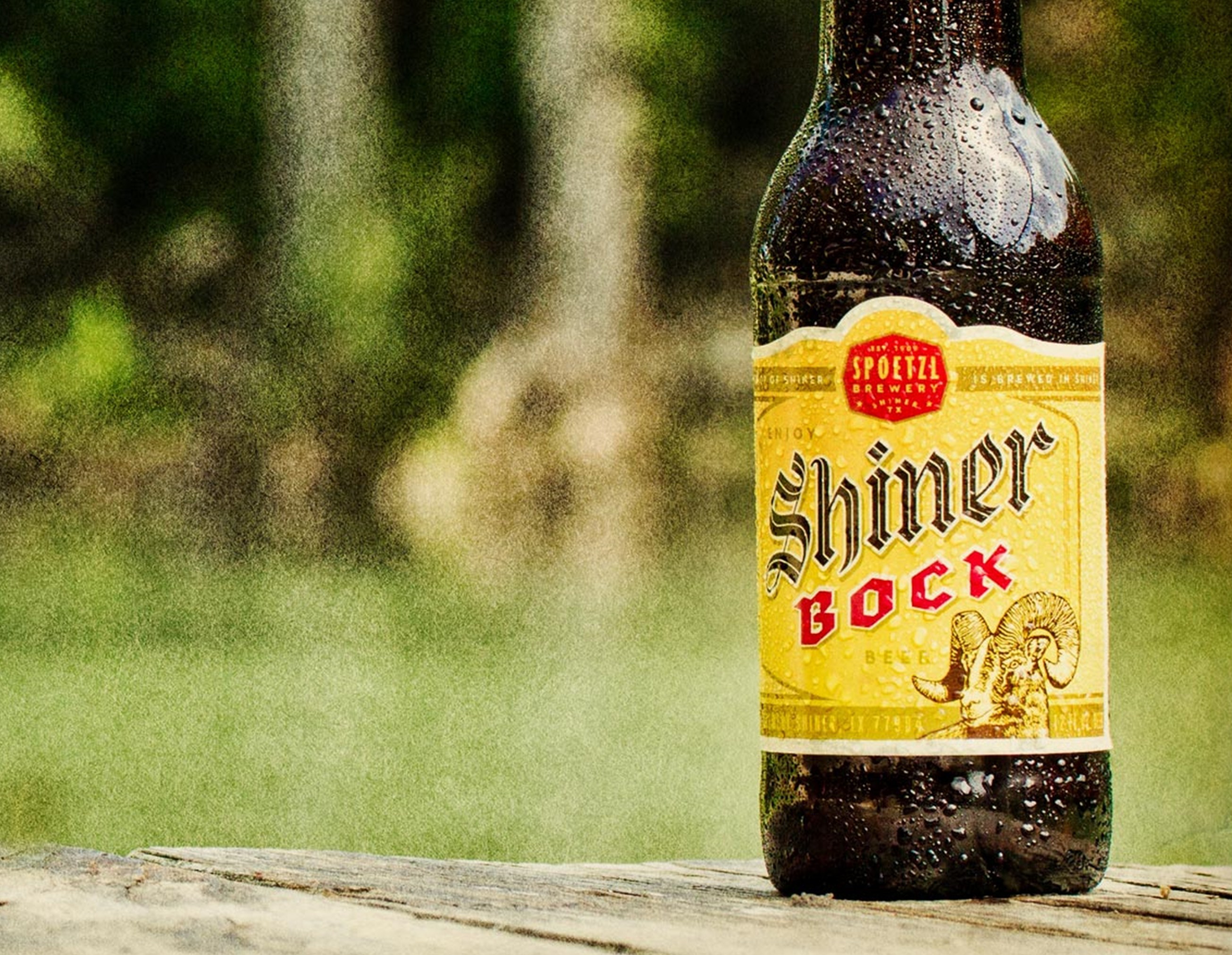 SHINER, Texas — Today, Spoetzl Brewery, brewer of Shiner Bock, announces a $1.2 million Super Bowl spot to be featured on Sunday, February 4, 2018 in the next phase of the ‘This is Shiner Country’ campaign.

This is the first time that the craft beer brand will debut a TV commercial at this level with plans to air the spot throughout Texas – an initiative to continue speaking with beer drinkers living in their backyard. In the 30 second spot, Shiner reinforces its stake as the iconic Texas craft beer loved by longtime residents while giving a warm welcome to new faces, with a country music twist.

“This is a huge step for Shiner,” said Gregor Mina, Director of Marketing for Spoetzl Brewery. “For us, this is a big financial investment; we want to expand our message to reach as many Texans as we can and what better way to do that than by leveraging a Super Bowl spot with all of the incredible attention that it receives.”

Coming to market during a huge increase in population throughout the state of Texas, the 2018 Super Bowl spot positions a welcome to the newcomers from Shiner Bock on behalf of the people of Texas.

“Last year, more people moved to Texas than any other state in the country,” said Mina. “The ad reflects how throughout the years, Shiner has woven itself into the rich history and culture of Texas and has become known to all for being familiar, friendly and welcoming. We truly believe that Shiner is Texas, and we want to offer all of these new Texans an ice-cold welcome.”

The overall ‘This is Shiner Country’ narrative, which launched in Fall 2017, positions Shiner Bock as the original, iconic craft beer brewed in Shiner, Texas – by the people of Shiner, for the people of Texas. Over the past 109 years, Shiner has become the staple go-to beer for Texans for generations.

Following its debut, the new ad spot will continue to appear in Texas markets statewide throughout the year with a focus on local cable and sports broadcasts, including NFL, NBA and MLB.

To further celebrate the spot and amplify the brand’s longstanding support for live music and musicians, Shiner has launched a consumer sweepstakes in partnership with Texas country rocker Wade Bowen. For the big game on February 4th, 2018, Shiner and Bowen will host a private pre-game backyard BBQ at one lucky winner’s home with an acoustic set featuring songs from Bowen’s upcoming album, Solid Ground (Feb 9th / Thirty Tigers). Shiner encourages beer lovers throughout the state to visit www.Shiner.com by January 30, 2018 to enter for a chance to win. Shiner will continue to work with Bowen during the year with a presence throughout his 2018 tour and more.

About Shiner and the Spoetzl Brewery

The Spoetzl Brewery – named after brewmaster Kosmos Spoetzl – was founded in Shiner, Texas(population 2,069), in 1909, brewing beer with old-world traditions and recipes for the many German and Czech settlers in the state. Since then, the brewery has grown to be one of the leading independent craft brewers in the country. But every drop of the award-winning beer is still brewed right where it all started 109 years ago. Visit www.shiner.com.

Country rocker Wade Bowen began his upcoming album Solid Ground (Feb. 9) intent on making the artistic statement of his career – a high bar considering his twenty years of success. Between studio, live, and collaboration albums he has released twelve projects, but this is his first with Thirty Tigers, a label known for championing out-of-the-box storytellers. Wade’s dedication to his home state extends beyond music to his Bowen Family Foundation. Over the past 20 years, the foundation has raised more than $2.5 million for worthy causes that directly affect children and families in and around Waco, TX.Learn more at www.bowenfamilyfoundation.org