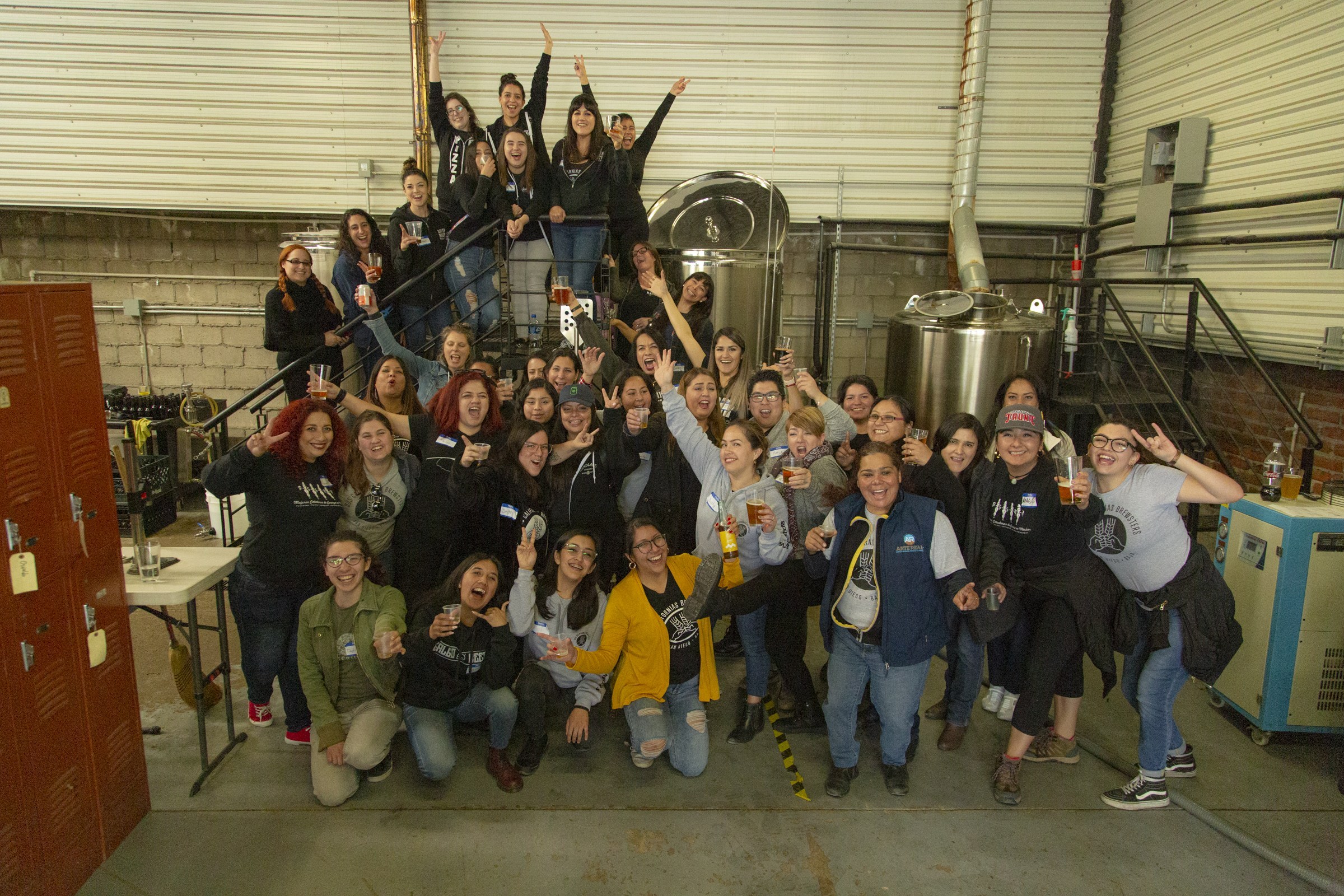 SAN DIEGO— Founded at the crossroads of cultures, SouthNorte Beer Co. seeks to bring together the best of both sides of the border, and nothing better exemplifies these values more than the Dos Californias Brewsters (DCB) project. Founded in 2018 by SouthNorte with help from the US Consulate in Tijuana, Dos Californias Brewsters aims to bring women together from San Diego and across Baja, Mexico, to brew a collaboration beer. Proceeds from this beer fund scholarships for women pursuing brewing education in Tijuana.

In anticipation of International Women’s Day, the Dos Californias Brewsters met in Tijuana at Lúdica Artesanal Cerveceria to brew their third annual collaboration on Feb. 22. More than 40 women gathered from all over Baja, including Tijuana, Mexicali, and Ensenada, as well as women from San Diego, Los Angeles, and as far away as Seattle. The women voted to brew a hoppy brown ale, and the female students of Tijuana’s ITT engineering program wrote the beer’s recipe. With help from SouthNorte’s Brewmaster, Ryan Brooks, the women spent the day brewing this unique collaboration. Hops and yeast were graciously donated by Yakima Chief Hops and White Labs Yeast, while the US Consulate provided a grant to cover malt costs.

All proceeds from Dos Californias Brewsters collaborations go to fund scholarships for women aspiring to enter the brewing industry. Through a partnership with the Institute of Technology in Tijuana (ITT), Dos Californias Brewsters will award annual scholarships to women in the school’s brewing sciences program. Last year’s brew helped to fund eight scholarships to the program, as well as new equipment for the classroom. This year’s goal is to exceed the $2000 raised in 2019.

“It’s amazing to see how this project has grown,” says Melody Crisp, former VP of marketing, SouthNorte Beer Co./Dos Californias Brewsters co-founder. “We had over forty women this year, including the U.S. Consul General of Tijuana, Sue Saarnio,” says Crisp. “I am so honored to be part of this group of women. It’s such a great feeling to come together with other women who share the same passion, and it doesn’t matter if we live on different sides of a wall or if we can’t all speak the same language. In the end, beer is our common language and we’re just excited to support the next generation.”

The finished Hoppy Brown IPA will debut this Saturday, March 14, at Lúdica’s brewery in Tijuana. Fans are encouraged to come to the launch party to support the beer’s debut and mingle with several of the women who were on hand for the brew day. In addition to the launch party, the DCB Hoppy Brown IPA will be served at the Ensenada Beer Festival (March 19-20) at the SouthNorte booth. Remaining kegs will also be sold and distributed to select craft beer bars throughout Tijuana. For more information about SouthNorte and Dos Californias Brewsters, visit www.southnorte.com and www.doscaliforniasbrewsters.com. Crafted with an accent, hecho en San Diego. ¡Salud!

Established in 2016, SouthNorte was born at the crossroads of cultures, where the blend of energies, wisdom, and talents equal more than the sum of the parts. We are brewers, makers and travelers wanting to see where we can take beer. And where it can take us. We explore the best of what each lado brings to the table. We cross borders and brew locally. We craft with an accent.  We are SouthNorte. Inspired by Mexico. Crafted with an accent, hecho en San Diego. Taste the combinación. For more information, visit southnorte.com.