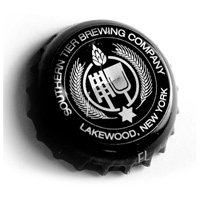 Located in Lakewood, New York, Southern Tier Brewing Company began operations in late 2002. Founders Phineas DeMink, Sara DeMink and Allen ‘Skip’ Yahn created the brewery with the vision of reviving the practice of small batch brewing in a region with a longstanding rich brewing tradition. They have committed to providing beer drinkers with fresh, clean American craft ales and lagers that stand on their own merit.

Distribution of their small batch ales began in 2003 and the brewery quickly outgrew their facility shortly after. In 2009, Southern Tier expanded to a 20,000 square foot building which gave them the ability to brew innovative, high quality beer and accommodate their expanding customer base, both nationally and internationally. The brewery continues to expand and develop to deliver several hand crafted year round, seasonal, and limited edition beers to more than half of the United States.

Southern Tier Brewing Company earned a BeerAdvocate Overall Score of 95, qualifying it as a highest level world-class brewery and was named the 24th Best Brewer in the World by RateBeer for 2012.

“Andrews is thrilled to bring Southern Tier’s highly touted beers to the North and South Texas markets. We are very confident that these brands will resonate well with our local beer lovers”, says Bob Sullivan, Vice President of Craft Beer Brand Building.

Distribution of the Southern Tier portfolio will take place in early October.