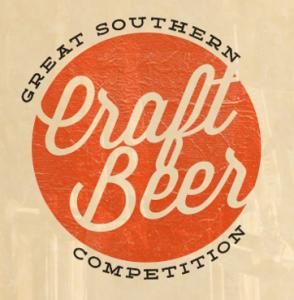 ATLANTA — According to the American Homebrewers Association, nearly one million Americans brew beer at home at least once during the year. To support the fast-growing craft beer movement in Atlanta and in the southeast, Publik Draft House (P.D.H.), in partnership with Atlanta Magazine and Monday Night Brewing, announces the Great Southern Craft Beer Competition. The contest invites southeastern homebrewers to submit their original beers between January-March 2014 for a chance to win the grand prize of $1,000 and distribution at P.D.H. for one year.

“We serve a number of local, craft beers at P.D.H. and wanted to do more to support the booming craft beer movement and community in our region,” says co-owner Eddie Johnson. “The Great Southern Craft Beer Competition is a wonderful opportunity for these amateur homebrewers to place their beers on the map.”

The Great Southern Craft Beer Competition launches January 19th with a kickoff party at Monday Night Brewing featuring brewery tours and pours, P.D.H. food pairings, homebrew expert demonstrations, live entertainment and more. The event is open to all beer lovers, from expert homebrewers to connoisseurs to curious enthusiasts. In addition to Monday Night Brewing facility tours and tastings of their beers, including Fu Manbrew Belgian-Style Wit and Eye Patch Ale, attendees can taste beer-based food pairings from P.D.H. and enter to win other prizes, such as tickets to Atlanta Beer Tours, a special beer chef’s table experience at Publik Draft House and more. Tickets are available for $25.00 at www.greatsouthernbeercompetition.com.

How the Competition Works

The entry period for the Great Southern Craft Beer Competition begins January 19 and runs through March 15, 2014. Applicants must submit six bottles of their specialty home brew along with an entry fee of $10 per brew. There is no limit to the number of entries that may be submitted. The “Best in Show” winner will be selected by a panel of four judges and announced in April, winning the prize of distribution for one year in P.D.H. and $1,000.

Those interested in the Great Southern Craft Beer Competition celebration event or competition can visit www.greatsouthernbeercompetition.com or connect at www.twitter.com/BeerDownSouth.

Publik Draft House is an American pub, offering unique menu items, craft beers, specialty cocktails and a distinctive environment. Founded in 2009 by Eddie Johnson, Costanzo Astarita and Mario Maccarrone, the boutique draft house is known for its original menu items, such as the Duck Quesadilla and Venison Sliders, and more traditional fare, such as the Publik House Burger. For more information, including franchising opportunities, visit: www.publikatl.com.