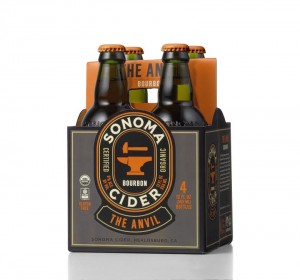 Healdsburg, CA — Sonoma Cider’s market presence continues to expand rapidly as evidenced by eight new distribution agreements signed in the last month, bringing the total to 24 partners in 14 markets since the brand launched in November 2013. The company has recently added the following distributors in new states: Hensley & Company in Arizona; Elite Brands in Colorado; Bernick’s in Minnesota; and Johnson Brothers in Wisconsin. Plus additional partners have been added in California: Markstein Beverage in Sacramento; Figueroa Mountain Brewery in Santa Barbara; Haralambos Beverage in Los Angeles; and Craft Beer Guild in San Diego.

According to Cidermaster and CEO, David Cordtz, “We’re flattered by the enthusiastic response Sonoma Cider has received from the distributor community. Our vision of offering hand-crafted organic ciders nationwide is quickly becoming a reality, allowing us to support the growing interest in the category.”

Sonoma Ciders are certified USDA organic, made with all-natural, gluten-free ingredients and distinctive proprietary flavors. The Hatchet blends sweet and tart apple varietals to ideal effect. The Pitchfork is apple based, infused with essence of pear. And the Anvil spikes apple cider with a measure of barrel-proof bourbon flavor.

Sonoma Cider handcrafts distinctive, certified-organic craft ciders, made with all natural, gluten-free ingredients. Sonoma Ciders are produced from smaller, concentrated apples in micro batches to deliver intensity of flavor and a refined experience for this rapidly growing category. The company was founded in 2013 by 20-year veteran cidermaster, David Cordtz, with his son and Vice President of Operations, Robert and Vice President of Sales, Fred Einstein. Together they combine decades of industry expertise with next generation dynamism. Learn more at www.SonomaCider.com or visit the new Taproom opening in Healdsburg, California in late summer 2014.