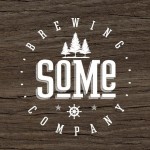 Portland, Maine — The team at Vacationland Distributors, LLC., Maine’s newest beer and wine distributor, proudly announce their first partnership with a Maine-based brewery: SoMe Brewing Company, based in York, Maine.

“We started this business with the hope we could serve Maine craft brewers. With SoMe Brewing on board, we can begin to do just that,” says Jim O’Brien, Co-Founder and President of Vacationland Distributors, LLC. “The father and son team at SoMe aren’t just making some incredible, high-quality craft beer. Their family-owned business is very much like our own, and both teams are excited to grow together.”

“We are very excited about partnering with Vacationland,” says David Rowland, Founder and Brewmaster’s Father at SoMe Brewing. “Their approach to distribution and to the brands they represent is more personal and genuine than the other distributors. This partnership represents an opportunity to expand our brand and get our beer to areas on the state we simply couldn’t get to. This is a big step for us, and we couldn’t be happier.”

SoMe Brewing produces many recipes, and the first to get statewide distribution will be:

SoMe Brewing creations will be featured at Portland’s Great Lost Bear during the upcoming Beer Week (November 1st through November 10th), and will be available for purchase statewide in bottles and on draft by November 1st..

For more information on SoMe Brewing, visit them on the web at www.somebrewingco.com.