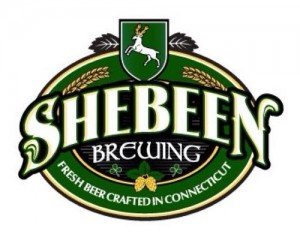 Wolcott, CT — Shebeen Brewing Company of Wolcott Connecticut is set to expand its distribution territory and add new and exciting beer styles in August. Shebeen is currently distributed by Dichello in New Haven, Fairfield and Middlesex counties within Connecticut. The company is partnering with Rogo out of East Hartford to cover Hartford, Windham and Tolland counties and F&F Distributors to cover Essex, Old Saybrook and New London county.

Shebeen is also releasing their diverse and eclectic beer styles in 22 ounce Bomber bottles along with their current 1 quart Growlettes and 12 ounce Black Hop IPA cans. Joining their popular lineup of Cannoli Beer, Concord Grape Saision and Irish Pale to name a few will be a Belgian style Grand Cru inspired by Pierre Celis, a Northeast-Style Turbo IPA and an Idaho IPA made with hops from Idaho and mashed potatoes.

A mixed 4 pack of seasonal beers will follow after the initial release of the single 22 ounce Bomber bottles. According to co-owner/head brewer Richard Visco, “We believe the 4 packs will offer great seasonal variety in a convenient carry case. The mixed packs will change throughout a season and feature some of the newer more interesting beer styles. Shebeen is always looking for creative flavors and even traditional styles with a twist. Wait till you see what we come out with in the Fall.”