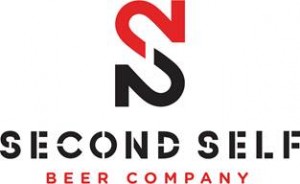 ATLANTA — Second Self Beer Company is set to debut in west midtown in summer 2014. The brewery will offer balanced yet complex craft beers from brewers and co-owners Jason Santamaria and Chris Doyle.

Second Self beers are created with high-quality ingredients and techniques to ensure a high caliber product for consumers. The flavor profile of the brews eloquently showcases the brewers’ great pride in the product and the use of distinctive components that create one-of-a-kind tastes. Second Self beers are made to be flavorful, balanced beverages. Additionally, many of the beers pair perfectly with food, making the products an ideal choice for any occasion.

“We want to challenge Atlantans to drink outside the box and enjoy flavor profiles they had never even thought about before,” says “Beer Architect” Jason Santamaria. “Second Self Beer is an escape from the traditional taste that allows beer lovers to slip into their second selves.”

Second Self Beer Company began more than nine years ago when Santamaria and Doyle began experimenting with home brewing after meeting in college at Georgia Tech. After four years of tinkering with their brews, the pair began testing their concoctions on friends in the Atlanta culinary and beverage industry. The responses from initial tastings were overwhelmingly positive, positioning the brews as original and smooth creations that would eventually take the Atlanta craft beer scene by storm.

The brewery is located in an industrial neighborhood in west midtown off Chattahoochee Road. The 10,000 square-foot warehouse includes space for brewing equipment as well as an intimate tasting area for sampling Second Self’s unparalleled beers. Guests who would like to tour the brewery and taste the beers will be able to take a two-hour tour as well as sample four-and eight-ounce tastes. They will be able to choose from a menu of four to eight regular and seasonal beers per tour, while learning about the unique processes Santamaria and Doyle employ to create their exceptional products.

A food enthusiast, “beer architect” Jason Santamaria serves as the brand’s taste ambassador and chef, concocting flavor profiles for each brew around a central ingredient. His experience in the culinary industry as well as the financial world make him a vital part to the company’s success. “Alechemist” Chris Doyle brings his noteworthy brewing background to the venture. Equipped with brewery experience at Atlanta’s Sweetwater Brewery and a certificate from the renowned American Brewers Guild Craft Brewers Apprenticeship Program, Doyle is excited to impart his first-class creations to the world.

About Second Self Beer

Launched as a home brewing experience and born out of passion, Beer Architect Jason Santamaria and Alechemist Chris Doyle founded Second Self Beer Company in 2010, on the premise that layers of character and flavor are greater than the sum of their constituent parts. The craft brewery is housed in a warehouse in Atlanta’s bustling west midtown neighborhood and will be open for tours and tastings in summer 2014. Second Self Beer is located at 1311 Logan Circle NW, Atlanta, Ga., 30318 and will be open Wednesday and Friday from 5:30 p.m. to 7:30 p.m., Saturday from 1:30 p.m. to 3:30 p.m. and by special appointment. For more information, visit the website and connect on Facebook or Twitter.