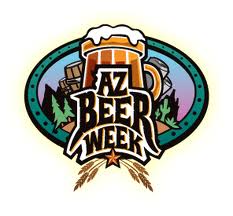 The dinner will be held at Vintage 95 in downtown Chandler. Space is limited and this rare event is expected to sell out. Reservations are required. Call 480-855-9463 to make your reservation today.

The cost is $65++ per person and that includes five courses paired with five rare craft beers.

As an added bonus, the first 100 people to arrive for the dinner will receive a complimentary collector’s beer glass with etched logos of SanTan Brewing Company, Four Peaks Brewing, Vintage 95 and Arizona Beer Week.

In addition to the beer dinner, SanTan Brewing Company is hosting their annual Arizona Beer Week Brews Cruise onSunday, February 16, 2014 at 2 p.m. This fun filled event is an annual favorite with stops at four east valley bars including SanTan, Hungry Monk, Dos Gringos and The Perch. Tickets are $25 each and that includes food at SanTan and a beer at each stop. For more information or to purchase tickets, visit www.santanbrewing.com.

Open since 2007 under the leadership of head brewer and owner, Anthony Canecchia, SanTan Brewing Company has established a strong reputation as one of Arizona’s favorite craft breweries. In addition to brewing, SanTan features a friendly neighborhood brewpub in Downtown Chandler, which has quickly become one of the top local food and beer destinations in the Phoenix metro area.

In 2009, SanTan Brewing began distributing their southwestern style ales throughout the state of Arizona, operating with a mission to pair craft beer with craft food that would inspire great conversation and good times. 2014 marks the beginning of taking this journey throughout the Southwest and California.