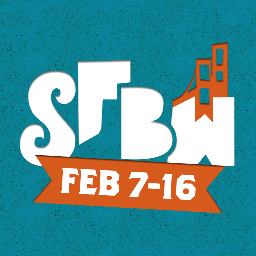 San Francisco, CA – The sixth edition of SF Beer Week, one of the first, largest, and preeminent celebrations of it’s kind, is slated for February 7-16, 2014. As principal organizer and sponsor, the San Francisco Brewers Guild is proud to bring the Bay Area another great series of special craft beer festivities. The schedule is now live and over 500 distinct events are expected to populate the list and occur next year.

SF Beer Week events take place across the greater Bay Area from San Jose to Santa Rosa and Oakland. They will celebrate our growing community of brewers, beer lovers, and exceptional venues featuring craft beer. Northern California is not only the birthplace of craft brewing, but propels the leading edge of the craft beer movement with some of the most innovative and delicious beer in the country.

The SF Beer Week Opening Gala will kick off all the festivities on February 7th, 2014, at the Concourse Exhibition Center in San Francisco. Hosted by the San Francisco Brewers Guild, the event will feature 80 breweries from Northern California, food from some of the best Bay Area restaurants, and live music. Tickets will go on sale December 13th at 10:30am.

As for the rest of SF Beer Week, breweries, bars, restaurants and event planners are working hard to put together a fantastic schedule. Over 90 events are currently listed on the SF Beer Week schedule and that number will continue to grow. Expect rare beer release parties, tap takeovers, food pairing and dinners at some of the region’s top restaurants, meet the brewer nights, educational events and much more.